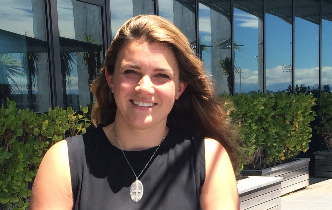 Among those students spending a white Christmas on the Ice as part of the University of Canterbury Postgraduate Certificate in Antarctic Studies (PCAS) is Ngāi Tahu scholar Rata Pryor Rodgers.

This week, a group of adventurous University of Canterbury students will be swapping a classic Kiwi summer for sub-zero temperatures in Antarctica.

Among those students spending a white Christmas on the Ice as part of the University of Canterbury (UC) Postgraduate Certificate in Antarctic Studies (PCAS) is Ngāi Tahu scholar Rata Pryor Rodgers.

The two-week trip, enabled by Antarctica New Zealand, will begin on Friday 16 December and includes the full class of 16 PCAS students.

The 25-year-old postgraduate, who has a Master of Science degree in Marine Biology, is looking forward to seeing Antarctic wildlife and says the intensity and broad spectrum of Antarctic academia has been a challenge.

But it is what she uncovered after being announced as the Te Rūnanga o Ngāi Tahu (TRoNT) scholarship recipient that has been most exciting.

“My sister told me that our great-great-great grandfather was on the first ship to land on the ice in the 1800s. It’s a really cool connection,” Pryor Rodgers says.

Her tipuna, (ancestor) William Timaru Joss, was taken on as crew along with two other Stewart Island locals by the Norwegian whaler Antarctic and, on January 24, 1895, the ship successfully landed on the icy continent. Although carbon dating confirms human activity on the ice from 600 years ago, Joss was part of the first confirmed European landing.

Former scholarship recipient Nigel Scott, now a principal advisor in TRoNT’s environment team, was keen to see the scholarship taken up after a lapse in recent years, and will trial funding the full cost of placement in the UC PCAS course.

“It’s about maintaining a historic connection that Ngāi Tahu has with the Antarctic,” Scott says.

“The scholarship name [Te Tauira Na Kaiwhakatere] roughly translates as The Steersman’s Apprentice. We chose it in reference to the pou whenua at Scott Base, which is named Navigator of the Heavens, and to the Māori stories of waka steersmen following the stars to the ice.”

“We’ve always had a relationship with Ngāi Tahu and seeing Nigel back and involved with PCAS again is fantastic. The unique thing about this course is that we get to take students to the Antarctic. Not everybody can do that,” Prof Storey says.