A UC academic's latest book examines recent crime trends and the social, political, and legal changes in New Zealand from the end of the 20th century to the present. 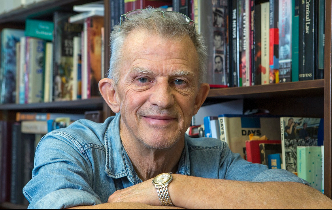 UC Sociology Professor Greg Newbold's new book, Crime, Law and Justice in New Zealand, details what is unique about the country's criminal justice system and recent crime trends. The book is a core text for UC's new Bachelor of Criminal Justice degree, the only degree of its type in the country.

A University of Canterbury academic’s latest book examines recent crime trends and the social, political, and legal changes in New Zealand from the end of the 20th century to the present – the first book of its type published in New Zealand.

Crime rates in New Zealand peaked in the early 1990s and have fallen since. Prof Newbold considers why this happened through factors such as the economy, ethnic composition, changing cultural trends, and legislative developments in policing and criminal justice. He unpacks various types of crime separately – such as violent crime, property crime, drug crime, gang crime – and examines each in terms of the various complex factors affecting it, using illustrative examples from recent high-profile cases.

“My new book is the culmination of 30 years of research into various aspects of the criminal justice system. It explains changing crime patterns in New Zealand since the 1950s as well as social attitudes towards crime and criminal justice responses to crime. It analyses why crime rates rose so precipitously in New Zealand during and after the 1950s and why crime rates began falling from the early 1990s,” Prof Newbold says.

As well as documenting and explaining rises and falls in various types of crime over several decades for the first time, the book also examines the changing profiles of crime, such as drug crime, and domestic and sexual violence, the changing social attitudes towards certain types of crime, and the impact of social movements such as Gay Rights and the women’s movement.

“For example, it looks at the rise of the feminist movement, and the impact of the women’s lobby on attitudes towards matters such as domestic violence and rape, and why rates of rape and domestic violence have apparently continued to rise in the face of the changes,” Prof Newbold says.

The government is constantly developing new strategies to reduce crime – a good example being the recent initiatives to reduce child abuse, he says.

“Likely patterns of crime in the future cannot be accurately predicted without a knowledge of the past.”

“Many New Zealanders have their own theories on crime, its causes, and solutions, generally based on a limited understanding of the complexities of the topic. Greg Newbold's detailed research complements his innate personal knowledge of the criminal world, and provides the reader with material which can only improve the quality of debate on this fascinating subject,” O’Connor said.

The book Crime, Law and Justice in New Zealand is a core text for UC’s popular new Bachelor of Criminal Justice degree, the only degree of its type in the country.