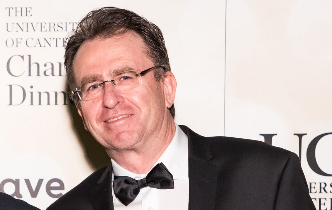 The University of Canterbury’s Innovation Medal has been awarded to Associate Professor Michael Tarren-Sweeney, who developed the Assessment Checklist Series; a set of psychiatric scales that measure a range of mental-health difficulties experienced by severely maltreated children.

The series is important for the mental-health assessment of maltreated children, and means they can be provided with the most appropriate psychological treatments.

An important breakthrough in the delivery of mental-health care for vulnerable children in New Zealand and abroad, the acclaimed measures have been used in over 30 published studies.

The Innovation Medal is awarded by the University Council for excellence in transforming knowledge or ideas so they are adopted by the wider community in ways that contribute beneficial value. It is the University’s highest recognition of an outstanding innovator.