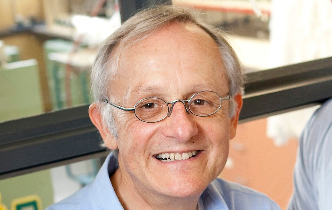 In his upcoming UC Connect public talk, UC Professor of Toxicology Ian Shaw answers the questions: How safe are the myriad chemicals in our food? How are they tested? Is our food really safe?

In his upcoming UC Connect public talk, University of Canterbury Professor of Toxicology Ian Shaw will explore food from a toxicologist’s perspective and focus on chemical contaminants and natural toxins in food and try to answer the question, is New Zealand food safe?

Most people don’t think about food safety when they eat their dinner in a developed country like New Zealand, Professor Shaw says.

“This is because we put our trust in government regulators, farmers and food manufacturers to make sure there is nothing untoward in our food.

Professor Shaw says there are myriad chemicals in food; some natural, some contaminants, preservatives, colours and flavours with long, long-term effects.  In his free public talk he answers the questions: How safe are these chemicals?  How are they tested? Is our food really safe?

Professor Ian Shaw is an author, broadcaster and academic. He has worked in government science, the pharmaceuticals industry and in several universities, including serving as Pro-Vice-Chancellor of UC’s College of Science. He is currently Professor of Toxicology at UC.

Prof Shaw is the author of three books on food and the environment, edited a major work on estrogen mimics in food, is a regular science feature writer for The Press, a popular guest on Radio NZ National’s This Way Up and TVNZ’s What’s Really in Our Food? and has published over 100 articles in scientific journals.

His research interest for the past 20 years has been the cellular and human effects of estrogen mimics in food and the environment. He is a fellow of the Royal College of Pathologists, the Royal Society of Chemistry and the Institute of Food Science & Technology.

He won the New Zealand Association of Scientists Science Communicator Award in 2009, but is most proud of being awarded Science Lecturer of the Year by the University of Canterbury Student’s Association in 2009, 2013 and 2014.

Register to attend for free at: www.canterbury.ac.nz/ucconnect