LEGO toy products have become significantly more violent in recent years, according to newly published research from the University of Canterbury. 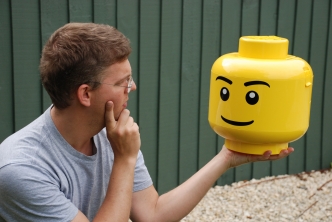 Dr Christoph Bartneck, an associate professor at UC's HIT Lab NZ, says "The chances of observing violence in a LEGO catalogue pages has increased steadily by 19% per year. Currently, around 40% of all pages contain some type of violence."

LEGO toy products have become significantly more violent in recent years, according to newly published research from the University of Canterbury.

A cross-disciplinary team of UC researchers has identified that the increasing violence in LEGO products seems to have gone beyond simply enriching game play.

In a new peer-reviewed research paper - Have LEGO Products Become More Violent? – published this week in the international scientific journal PLOS ONE, this increase is shown to be contrary to the toymaker’s policy that LEGO products aim to discourage pretend violence as a primary play incentive. The designs are meant to enrich play with engaging conflict scenarios where aggression might be used for the purpose of overcoming imaginary evil.

The University of Canterbury’s Human Interface Technology Laboratory New Zealand (known as the HIT Lab NZ) investigates how people interact with technology and media. This includes the question of how violence is depicted in media and technology. The UC researchers note that violence has become an everyday occurrence in television, games and toys, and this is of particular concern when it comes to media aimed at children.

The research project was a collaboration within the University of Canterbury (UC) between the HIT Lab NZ, the departments of English and the Digital Humanities in the College of Arts, and the department of Mathematics and Statistics. The paper’s authors are UC academics Christoph Bartneck and Qi Min Ser (HIT Lab NZ), Associate Professor Elena Moltchanova (UC Mathematics and Statistics), Dr James Smithies (now at King’s College London) and Dr Erin Harrington (UC College of Arts).

Lead author Dr Christoph Bartneck is an associate professor at UC’s HIT Lab NZ. He says although television, computer games and the internet play an important role in the lives of children they still also play with physical toys, such as dolls, cars and LEGO bricks.

“The LEGO company has become the world's largest toy manufacturer and therefore we decided to test a new violence measurement tool on their products. LEGO has been one of the few toys that have been around for a very long time with their basic system largely unchanged; bricks from the ’70s still fit modern bricks. Hence it’s an ideal product to investigate changes of violence in toys.

“We were interested in whether these products have become more violent over time. First, we analysed the frequency of weapon bricks in LEGO sets. Their use has significantly increased and nearly 30% of today’s LEGO sets include at least one weapon brick. Second, we empirically investigated the perceived violence in the LEGO product catalogues from the years 1978 to 2014.”

Dr Bartneck says that the results of 161 participants rating hundreds of LEGO catalogue pages showed that the violence of the depicted products increased significantly over that time.

“The chances of observing violence in a LEGO catalogue pages has increased steadily by 19% per year. Currently, around 40% of all pages contain some type of violence. In particular, scenarios involving shooting and threatening behaviour have increased over the years. The atmosphere of the violent acts is predominantly perceived as exciting.”

The LEGO Company's products are not as innocent as they used to be, Dr Bartneck says.

“The LEGO company often claims that their violence normally happens within a humorous context, yet the results show that humorous is the least likely atmosphere. Material harm is the most frequent consequence of the violent acts followed by mild harm or injuries.”

Dr Bartneck says the UC researchers developed a new measurement instrument to evaluate the violence in photos and media that is based on a previous tool that was intended to be used for television.

“This empowers the HIT Lab NZ to conduct further studies on the violence in traditional media, but also in Virtual Reality and Augmented Violence.”