A University of Canterbury sport scientist has released a new mobile app that is set to change and improve the way cricket bowlers train. 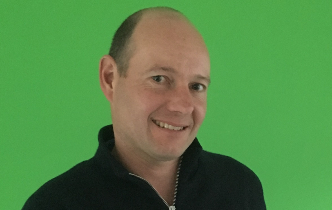 UC Sports Science lecturer Dr Carl Petersen has released an app, XEQT-Pro, which allows bowlers to track where they bowl and how accurate they are.

A University of Canterbury (UC) sport scientist has released a new mobile app that is set to change and improve the way cricket bowlers train.

UC Sports Science lecturer Dr Carl Petersen has released an app, XEQT-Pro, which allows bowlers to track where they bowl and how accurate they are. The bowlers receive immediate feedback on their percentage executed as well as bowling figures, plus more detailed information.

Dr Petersen, who has published significant research on cricket performance analysis, is well aware of the needs of modern cricketers. He has previously worked as a sport scientist for Cricket Australia and as the lead Strength and Conditioning Coach for Northamptonshire County Cricket Club in England.

“Bowlers are often asked by their captain to deliver a certain type of delivery and pitch it in a certain area. This app allows the captain to set a particular field, to either maximise wicket taking or run-restricting depending on the match situation”.

Bowlers are not often effectively tested or trained on this ability during training, he says.

“Unlike most sports, cricket has much more analysis conducted within the game itself, with innovations like Hawkeye tracking every ball. But the training environment has traditionally been left to videos of technique and the keen eye of the coach, who makes notes with pad and pen.

“This app is designed to be used in net training and open wicket practices. It allows data to be immediately accessible, and gives immediate feedback to bowlers on their execution ability.”

The difference between an international or domestic-level player and club or school cricketers is often their level of consistency of performance, Dr Petersen says.

“This app encourages measurement of how accurate a bowler is, and whether they are able to actually put the ball where they say they will. The club player will get a lot of benefit from the app as well as the international and IPL player, but the app can also be used by friends playing cricket in the local park or street.”

There are other benefits to be gained from using the app, he says.

“Using the app over time, players will be able to see if they are improving, and trying the app while fatigued will allow the players to better replicate what it’s like bowling the ‘death overs’ of a game. The question is, what percentage can you execute?”

Dr Petersen is currently supervising two PhD students from Chennai, India, and encourages students wanting to undertake Cricket research in New Zealand to talk to him.