Brexit: a view from afar

In a "light" and "accessible" legal seminar, UC Professor of Law Philip Joseph will explore the giant leap into the unknown triggered by the Brexit vote. 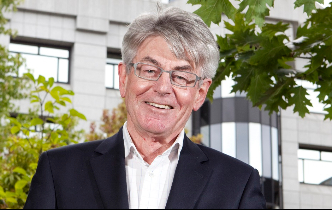 In a free legal seminar, University of Canterbury Professor of Law Philip Joseph will explore the giant leap into the unknown that the vote for Brexit has triggered.

In a “light” and “accessible” legal seminar, University of Canterbury Professor of Law Philip Joseph will explore the giant leap into the unknown that the vote for Brexit has triggered.

No-one knows what post-Brexit Britain will look like in five, 10 or 20 years from now. Professor Joseph says that British Prime Minister David Cameron gambled and lost. He came under mounting pressure to rein in the Eurosceptics within his party. The smart money was on the Remain camp prevailing, but, then, the unthinkable happened, he says. The Leave camp triumphed: Brexit was a reality.

“It is about the total political miscalculation on the part of the Cameron Government and the complete lack of planning should the unthinkable happen – which it did. The House of Commons Foreign Affairs Committee has lampooned the lack of planning as ‘gross negligence’,” Prof Joseph says.

Immediately, things started to unravel: it was realised there was no contingency plan, no “what if” recourse, should the Leave camp prevail. No thought had been given as to what steps would need to be taken.

Prof Joseph’s seminar, Brexit: a view from afar, canvasses the legal implications of the vote. There is sharp disagreement over the legal position, he says.

“One school of thought is that parliamentary authorisation will be required to initiate the withdrawal process: the other school is that the process can be initiated under the Royal prerogative, without parliamentary intervention.

“I will addressing the main legal issue surrounding the exit process – whether the United Kingdom Parliament will need to authorise the exercise of the royal prerogative to trigger Article 50 – the exit clause under the Lisbon Treaty. The lawyers are divided over this question but I entertain no doubt that Parliament will need to lead the process.”

Philip Joseph is a Professor of Law at the University of Canterbury. He is the author of Constitutional and Administrative Law in New Zealand (4th ed, Thomson Reuters, Wellington, 2014), and the “Administrative Law” and “Constitutional Law” titles for The Laws of New Zealand. In 2004 he was awarded the degree of Doctor of Laws in recognition of his research contributions, and in 2012 he was awarded the Research Medal at the University of Canterbury for Excellence in Research. In 2013 he was a Rutherford Visiting Scholar at Trinity College, University of Cambridge. He is widely published.

Please RSVP by Wednesday, 9 September, by phone: 369 3598 or email: debra.parr@canterbury.ac.nz