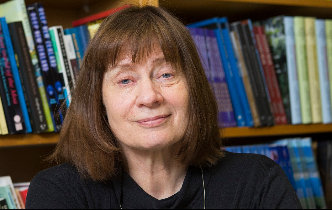 A new work of flash fiction from prize-winning poet and short-fiction author Frankie McMillan, My Mother and the Hungarians, published by Canterbury University Press, provides an intriguing evocation of 1950s New Zealand.

My Mother and the Hungarians, and other small fictions, published by Canterbury University Press (CUP), will be launched this month at the 2016 WORD Christchurch Writers and Readers Festival.

The collection explores family relationships and the experiences of Hungarian refugees in 1950s New Zealand and is underpinned with themes of dislocation and disorientation. These compressed, often comic, capsules of narrative convey a rich sense of family connection, of the lives of the Hungarian immigrants and also of a child’s evolving self-awareness in a fractured, yet still enchanting, world.

“Flash fiction is a highly accessible form and increasingly popular with readers and audiences - the recent National Flash Fiction Day event in Christchurch was packed.

“It has been more common for flash fiction to be published in multi-author anthologies but as sole author of this collection Frankie has taken the opportunity to explore a narrative arc. Many of these small fictions stand alone but read together they’re like a ‘novella-in-flash’.”

My Mother and the Hungarians has been designed and printed in limited edition in collaboration with Ilam Press, Ilam School of Fine Arts. Published with the support of Creative New Zealand.

“Frankie McMillan is our maestro of flash fiction” – Owen Marshall

“Frankie McMillan‘s There are no horses in heaven  contains a multitude of poems rife with the storyteller’s art, proving her a kind of fabulist, distilling states of enchantment and sometimes states of disenchantment into a few lines ever so lightly and delicately, so that her shortish poems seem to musically chime with one another.”’– David Eggleton

Frankie McMillan is the author of The Bag Lady’s Picnic and other stories (Shoal Bay Press, 2001) and two poetry collections, Dressing for the Cannibals (Sudden Valley Press, 2009) and There are no horses in heaven (CUP, 2015). Her work was selected for The Best New Zealand Fiction anthologies in 2008 and 2009 and for Best New Zealand Poems in 2013 and 2015. In 2009 she won first prize in the New Zealand Poetry Society International Poetry Competition. In both 2013 and 2015 she was the winner of the New Zealand Flash Fiction Award. Frankie McMillan was awarded the Creative New Zealand Todd New Writers’ Bursary in 2005 and held the Ursula Bethell residency at the University of Canterbury in 2014. She currently teaches at the Hagley Writers’ Institute.