In the wake of the recent blockbuster The Imitation Game about Alan Turing, Christchurch has acquired a new Turing-inspired connection with Europe. 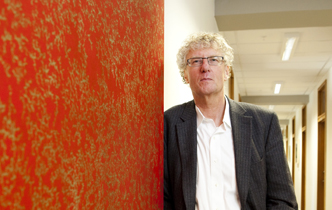 In the wake of the recent blockbuster The Imitation Game about Alan Turing, Christchurch has acquired a new Turing-inspired connection with Europe.

Two University of Canterbury (UC) academics are celebrating after the Swiss Federal Institute of Technology (ETH) in Zurich took the final step in formally creating the Turing Centre Zurich (TCZ).

The idea of the TCZ originated from a collaboration between Copeland and Dr Giovanni Sommaruga of ETH, and the two UC academics planned the research institute while they were guest professors at ETH last year.

“ETH Zurich is very pleased to have succeeded in establishing a Turing institute involving the two internationally outstanding researchers in Turing Studies, Diane Proudfoot and Jack Copeland,” said Dr Sommaruga, who will take on the role of managing director of the TCZ.

The centre will be dedicated to cutting edge multi-disciplinary research in Turing Studies.

Alan Turing was a mathematician and pioneering computer scientist who played a pivotal role in cracking coded Nazi messages in World War Two, contributing to the Allied victory over Hitler. A reminder of Turing's wartime work, an actual 1943 German Enigma cipher machine, changed hands at auction in London this month for more than a quarter of a million dollars.

“Turing was one of computer science’s early visionaries and the first prophet of artificial intelligence,” Copeland said.

“He had a lot to say about what computers are, what they can and can’t do, and what the future of computing might hold. Turing also raised a long list of philosophical and logical questions about computers that set the agenda for the study of the foundations of computing in the 20th and 21st centuries.”

Copeland and Proudfoot are excited about the prospect of closer collaboration with leading European researchers.

“We will work towards the establishment of postgraduate student exchanges between UC and TCZ. Incoming graduate students from ETH will enrich the graduate environment in UC Arts, while the opportunity for our domestic students to carry out part of their programme of study at continental Europe's top-ranked university will be a highlight of their careers,” they said.

The TCZ will also serve as a springboard for UC academic staff to pursue European research opportunities.

Copeland and Proudfoot are already the directors of the Turing Archive for the History of Computing at the University of Canterbury, and Copeland organised a number of international events celebrating Turing’s centenary in 2012, including Alan Turing's 100th Birthday Party at King's College, Cambridge, Turing's intellectual home.

Their roles as co-directors of the Turing Centre Zurich will see them visit Zurich regularly.

UC’s link to the TCZ builds on its existing partnerships with 100 partner universities and its Erskine Visitor programme, which brings over 70 academic staff from around the world to teach at UC each year. UC's research centres with transnational reach include the Macmillan Brown for Pacific Studies, NCRE for Europe, and the Confucius Institute for China. UC has the most field stations of any New Zealand university. It has a research station in Nigeria and is the only university to offer time on the Antarctic ice for students. In 2014, more than 200 UC students went on overseas exchanges.