Positive images of the Christchurch recovery are a "time travel dream machine", but more distracting than negative ones, according to UC research findings. 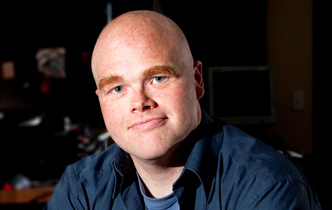 Positive images of the Christchurch recovery are a “time travel dream machine”, but more distracting than negative ones, according to University of Canterbury (UC) research findings.

Postgraduate student Nicola Hancock, UC Psychologist Professor Deak Helton and colleagues from UC and industry partner Opus have been examining the effects of the Christchurch recovery on people, and have been surprised by the results.

In a recent experiment, community members performed a task requiring sustained attention while being shown positive, negative or meaningless pictures of the Christchurch rebuild. Each third of the group was shown a different set of images, with the control group seeing meaningless pictures cut up into little bits like confetti and re-organised.

Intriguingly the positive, not the negative pictures, resulted in the participants becoming unresponsive to the task.

“Participants who saw the positive pictures made fewer correct detections of the task and fewer false alarms by responding to neutral stimuli,” says Nicola.

“They also reported less task-focus, yet their prefrontal cortex remained as active as the other groups. This indicates that the executive part of their brain was working but not on the task. Instead the positive images may have sent the participants mentally to the future.”

The researchers believe pictures and reminders of Christchurch’s positive future may have caused people to mentally time travel when they should have been focused on the here and now.

“Positive thoughts about the future may be constructive and personally meaningful, but this study indicates that these thoughts may come with a cost.

“Most people tend to be more optimistic than pessimistic and in our study the negative pictures of the Christchurch rebuild were basically ignored by participants,” continues Nicola.

“This suggests that positive thoughts about the future are more distracting than negative ones about the past. Failing to detect a target in a laboratory experiment is one thing, but failing to detect a person stepping in front of your car because you are thinking about something positive is quite another,” she says.

“It also indicates that the after-effects on our ability to focus are likely to be longer-term, much like the recovery process. Arguably, as the city rebuilds, so do we,” says Dr Jared Thomas, an industry partner from Opus Research.

The research has the potential to affect development of interactive technology in vehicles and other machinery.

“In the future, brain imaging technology may be able to interface with technology around us to prevent accidents from happening. If you are mentally time travelling, your car may be aware of this fact and then use its own collision detection technologies to take appropriate action while you continue to enjoy your visit to the imagined future,” says Nicola.

The UC team is now working on figuring out how well people can focus their attention on tasks and how aware they are of their daydreaming episodes. They also hope to use new brain imaging technology to assess people’s mental states in the real world, as activity in certain areas of the brain may be a cue as to when people are daydreaming and off-task.

Industry partner Opus became involved in the study because it is interested in improving the lives of Christchurch people post-earthquakes. Opus Research, as an active research partner in the Natural Hazards Research Platform, has been working collaboratively to improve community resilience for over a decade, and is keen to promote and build capacity in talented researchers like Nicola.