Gary Oliver sees similarities between billiards and his job. Oliver is responsible for insurance issues at the University of Canterbury and in his spare time he is preparing 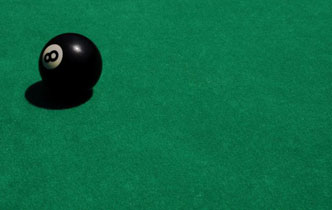 Gary Oliver sees similarities between billiards and his job.

Oliver is responsible for insurance issues at the University of Canterbury and in his spare time he is preparing to defend his New Zealand billiards title in Auckland in July.

Oliver is king of the long table in New Zealand consecutively winning the last 11 national titles and he adopts a similar ethos to his job as he does to his sport.

"Billiards is methodical and one needs to think three or four shots in advance, a lot like chess players. My position here at the University of Canterbury is similar, in that I’m responsible for ensuring policy and procedures are followed methodically too,’’ the university account services manager says.

"I know I’m never going to be a world champion and I have never dreamed of becoming one. I only ever wanted to one win the New Zealand championships just once. I never thought I would be on the run I’m on at the moment. But enjoyment is my main motivator.’’

Dave Meredith, also from Christchurch, won a record 15 New Zealand titles, though not in a row. Oliver is closing in and putting Meredith’s record under serious threat.

"It would be cool to beat Dave Meredith’s record but it is not my driving force to play. The game is just a great balance with my university work. I have been to six world championships and qualified for the top 16 three times with 12th in the world my best result.

"I am still getting over shoulder surgery from last July but hope to be pain-free when the nationals start in July. I am practising at home on a Watts and Burrough table, dated 1896, with tight pockets like those in the world championships.

"I am practising every night for about three hours and more at the weekends. To win a national title you need to play for about 28 hours which along with refereeing duties on top can be quite strenuous. I walk a lot to keep fit and do stretching exercises for my back to cater for all the bending and stretching required for each shot.

"During the June 2011 earthquake I happened to be home for the aftershock and saw the lights over my billiard table swinging from the ceiling over the table. I was stupid enough to dive on the table to protect it. Thank goodness they didn’t unhook at the time, they would have hurt like hell if they had come down on me. The things we do.

"l absolutely love the sport. I’m also a master coach for the International body and three students from around the country have come to the University of Canterbury because I give free coaching.’’

"It is exciting being at the university as we grow and head on a pathway of recovery following the 2010 and 2011 earthquakes. We’ve had challenges so it is great to see real progress with growth in first year and international students,’’ Oliver says.