A UC graduate and Fulbright scholar is carrying out substantial artificial intelligence research at Stanford University, looking at how robots make visual sense of the world. 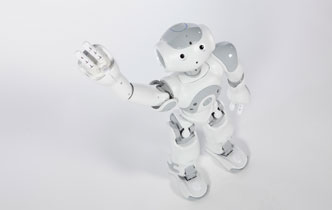 A University of Canterbury graduate and Fulbright scholar is carrying out substantial artificial intelligence research at Stanford University, looking at how robots make visual sense of the world.

PhD Student Sam Corbett-Davies has begun a wide-ranging thesis to see how robots learn about objects by watching humans use them. Speaking from Stanford, Corbett-Davies says his goal is to create a system that constantly watches YouTube videos, learning more and more about millions of objects as it observes humans interacting with them.

"We acknowledge we'll never be able to ship a robot that already knows about every object it will encounter. It will have to adapt to things it hasn't seen before. A natural way for a user to teach a robot about a new object is by demonstration, so we are trying to develop a system that allows this.

"This work could allow a household robot to learn to operate your dishwasher, or play Lego with your kids. The opportunities at Stanford are immense. This year I've taken a class with Andrew Ng, founder of the Google Brain project, and sat in on research meetings with Sebastian Thrun, who led the development of the self-driving car and founded Google X, the Google lab behind the self-driving car and Google Glass.

"Stanford is a pretty incredible place, located in the heart of San Francisco’s Silicon Valley surrounded by Google, Facebook and Apple. Almost every day a big tech company is on campus to recruit students, start-ups are everywhere, and Stanford alumni won two Nobel prizes in the first month I was here.

"Unlike many of my peers I haven't been drawn into a start-up company, but I plan to intern at Google or Microsoft next summer. I will be here five or six years during which I'll work on around four projects which I will tie together in my thesis. I may return to Canterbury to lecture.

"I'm really excited to see the emphasis the University of Canterbury and Christchurch have put on technology and innovation during the rebuild. It's a culture thing - I don't think the students of Silicon Valley are more brilliant than University of Canterbury students, they are just more ambitious and adventurous. The quakes brought out Canterbury's innovative spirit. If we can cultivate it we'll have a world-class technology hub in our beautiful backyard.’’

Corbett-Davies was one of three members out of the Canterbury mechatronics class of 21 to receive Fulbright scholarships last year, an impressive achievement for the department. He was also granted a JR Templin Trust Scholarship.

His supervising UC lecturer, Professor Geoff Chase, says Corbett-Davies was one of the top mechatronics scholars he had seen in the past 10 years.