The All Blacks haka and the cultural meaning

Rituals in sport go far behind the All Blacks' haka which will be performed in the opening Rugby Championship match against Australia in Sydney on Saturday night. 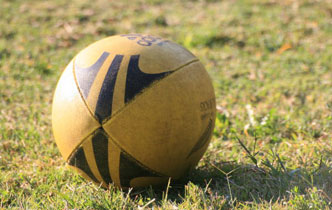 Rituals in sport go far behind the All Blacks’ haka which will be performed in the opening Rugby Championship match against Australia in Sydney on Saturday night. The haka is one of the most famous rituals in world sport and holds great meaning for the All Blacks and all New Zealanders.

Increasing exposure to the All Blacks in global sport has reduced fear of them for many opponents but before the ball is touched the same teams have to deal with the impact of the haka, the University of Canterbury’s new Head of School of Sport and Physical Education, Professor Richard Light, says.

National teams, like the Wallabies, may deny having any anxiety about facing it but have experimented with a range of ways of dealing with the haka, he says.

"Rituals are well-defined sequence of actions and words that focus attention and are full of meaning for participants and observers.  Rituals such as weddings, funerals and university graduations help people through significant changes in life. In elite level international sport they perform a similar function.

"Rugby is very much a team sport with many rituals shared by teams around the world that function to integrate the individual into the team as a single entity. At the same time, these rituals move the players, stage by stage, from the civilian life to the intensity of rule-bound battle on the ‘sacred’ ground that few of us can ever truly understand.

"The Richie McCaw that will take on the Wallabies pack in Sydney on Saturday night will not be the same Richie McCaw you might see on the weekend in Christchurch.

"Leading up to the match teams have a similar progressions of rituals that intensify bonds between players, integrate them into the team and prepare them for battle. Donning the team’s and nation’s colours is a symbolic act but with more meaning than just having had to earn the jersey.  They also mark entry into, and believing in, the culture of the team and its values that will be enacted on the field.

"Once out of the changing room the final ritual for the All Blacks is the haka as a spectacular ritual that has a powerful influence on the team performing it and on the team facing it. Although there have been complaints about how it can intimidate the opposition, all teams respect it as part of rugby heritage and a spectacle that sets rugby apart from other sports.

"On show for the whole world, the haka also confirms shared cultural beliefs and values for New Zealanders. At the same time it communicates much about New Zealand culture to the outside world and about the successful integration of Māori and Pākehā culture on and off the rugby field.’’

Professor Light has coached rugby and taught in Australia and Japan and has conducted extensive research on sport in Japan with a focus on rugby. He has 30 years’ training in karate, holds a 5th dan black belt and was Australian kickboxing champion.

He has carried out significant research on rugby and is especially interested in the influence of Maori culture on rugby in New Zealand and the Maori conceptions of wellbeing. He has received a $330,000 Australian Research Council (ARC) discovery grant to research this area with a Sydney researcher.