A super-duper-moon which is bigger and brighter than any other full moon visible this year will appear on Monday (August 11) morning. 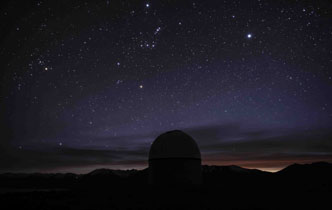 A super-duper-moon which is bigger and brighter than any other full moon visible this year will appear on Monday (August 11) morning when the full moon reaches its closest point to Earth.

When seen on the horizon, the full moon will appear much larger than when seen high in the sky because of an interesting optical illusion. University of Canterbury astronomer Associate Professor Karen Pollard says there will not be a closer full moon until November 2034.

The upcoming full moon has captured the imagination of stargazers and photographers across the globe, because it will be closer and therefore bigger.

The full moon will appear larger and brighter than usual as it reaches its perigree – the closest point to Earth on its oval-shaped orbit – on August 11, when the perigree coincides with the hour that the moon is at its most full.  A third supermoon will occur on September 9, although will not be as bright, Associate Professor Pollard says.

"The moon’s orbit around the Earth each month is not circular, but has a slightly elliptical shape.   Over the course of month the moon orbits the Earth, with the closest approach to the Earth in its orbit known as the perigee and the furthest point, the apogee.

"Over a similar time period, the moon also goes through its cycle of phases and we see different proportions of the moon’s illuminated surface. When the full moon occurs close to perigee, the apparent diameter of the moon is measurably larger and is brighter in our sky.

"The full moon will occur at 6.10 am on Monday morning and it will reach perigee at 5.44 am on Monday. At its closest, the moon will be 356,896 kilometres away from the Earth. The perigee distance changes with time in a cyclical way and the closest the moon can ever get to the Earth is 356,400 km, so this is a very close full moon.

"We saw a supermoon a month ago on July 12 and will see another one next month on September 9. However, the supermoon this month is the closest and largest one for 2014.  After September, the cycles of full moons and perigees get out of sync and it won't be for another year and 48 days that they align again and we are able to see more supermoons.

The University of Canterbury’s Mt John Observatory at Tekapo plans to produce high-resolution photos of the moon’s surface. The Mt John Observatory sits within the Aoraki Mackenzie International Dark Sky Reserve and attracts thousands of visitors every year to its perch 1000 m above Lake Tekapo in the South Island's Mackenzie Basin.

A close supermoon will result in more extreme spring tides. However, this effect should not cause flooding unless combined with a strong weather system.