Research on the impact of brain injury on adults

A University of Canterbury research project is seeking to find out the impact of traumatic brain injury on adults aged 50 to 65. 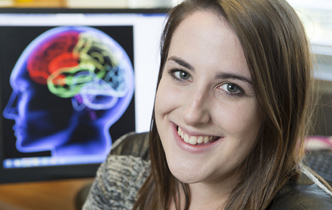 A University of Canterbury research project is seeking to find out the impact of traumatic brain injury on adults aged 50 to 65.

In 2011, nearly one in three people in the New Zealand workforce were aged over 50 and one in 10 were over 60. Older adults contribute a significant part of the workforce and it is important that older adults are supported to maintain independence and continue engagement in the workforce and wider community.

University of Canterbury postgraduate researcher Katie Dainter says events such as orthopaedic injury or traumatic brain injury could result in a loss of independence and community engagement. Evidence suggests that there is a relationship between older age and poorer outcomes, which persists even after other variables such as injury severity, number of injuries and complications are controlled for.

"Even mild traumatic brain injury or concussion can have serious effects on older adults’ well-being, whereas younger adults may recover more quickly and effectively from a similar injury.

"There is also some evidence suggesting that as the lasting effects of traumatic brain injury are difficult to differentiate from the effects of normal aging, therefore it is possible that the symptoms of the injury in older adults aren’t being managed in the same way as the symptoms in younger adults.

There is a significant amount of research looking at adults aged 65 and over, but fairly limited research into the effects of injury on adults aged 50 -65.

It is important to look at the 50-64 demographic as people are working well into their 60s and investigating whether an injury in older adults is preventing them from continuing to work is critical to society.

Dainter, whose research is being supervised by Dr Audrey McKinley, is looking at life roles, such as whether people are involved in their community, volunteering, participating in hobbies, doing things around the house and studying and whether having an injury affects these roles.

"All participants will be aged between 50 and 65 and will have had their injury within that age range. We will be comparing the two types of injuries to see if the lasting effects and the rehabilitation they received differed. We will also be comparing those with injuries to those who haven’t had an injury, to see how their employment, life roles and quality of life differ.

"Our research hopes to find a difference in the lasting effects of traumatic brain injury and orthopaedic injury on return to work, life roles and quality of life, and to provide more evidence for the suggestion that even mild injury in older adults can have a devastating effect on people’s quality of life. This project could contribute to improvements in the way traumatic brain injury is managed in older adulthood,’’ Dainter says.

If people are interested in participating in the study they can contact postgraduate student Katie Dainter on katie.dainter@pg.canterbury.ac.nz.