A University of Canterbury project is seeking to find out why health and safety on New Zealand construction sites is improving and how improvements can be maintained. 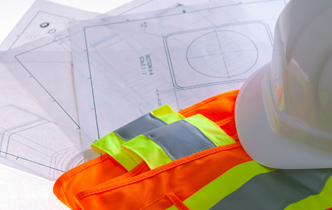 A University of Canterbury project is seeking to find out why health and safety on New Zealand construction sites is improving and how improvements can be maintained.

New Zealand is ranked among the worst performing Organisation for Economic Co-operation and Development (OECD) countries for its health and safety in the construction industry, in terms of injuries and fatalities. However, over the past decade New Zealand’s performance in health and safety has been improving.

The incident rate has dropped about 20 percent and the number of fatalities per $1 billion of building work has also dropped by around 20 percent.

Companies are starting to shift health and safety performance as part of their companies’ key performance indices, student researchers James Fox and Wei Kiat say. Their research is being supervised by the university’s civil and natural resources engineer Dr Eric Scheepbouwer. They will present their findings at the university’s annual civil and natural engineering conference on campus next month.

"Key values have to be advocated and demonstrated by company board and management to show that they are engaged in providing a safer workplace,’’ Fox says.

"Reward systems need to be introduced to recognise and encourage good health and safety practices among employees or crews.

"We have also noted an increase in the number of reports of incidents and near misses. These reports are extremely valuable for companies to eliminate or isolate any potential life threatening risk to their employees.

"In addition, companies are trying to create a fair culture in which self-reporting any incident is highly encouraged. Blaming is to be avoided in order to push for a positive culture where H&S is everyone’s responsibility.

Following the 2010 and 2011 earthquakes, organisations such as the Stronger Christchurch Rebuild Team (SCIRT) set high minimum standards of health and safety requirements that all companies, including sub-contractors, must follow in all rebuild related projects.

After the Pike River mining tragedy, major construction companies recognised the importance of leadership and involvement of board members in health and safety.

The Government recently introduced the Health and Safety Reform Bill to create a new Act to replace the current Health and Safety in Employment Act 1992. The new Act is intended to be effective by April next year.

The Government has targeted a 25 percent reduction in the number of health and safety related fatalities by 2020, with a focus on improving accountability, defining roles and more severe penalties, Fox says.