Lessons still need to be learned from the search and rescue efforts following the February 2011 earthquake in Christchurch, a leading New Zealand lawyer says. 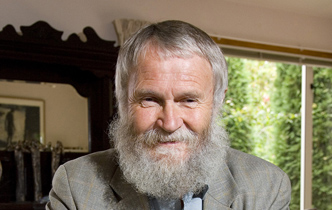 Hampton acted for some of the families of the eight people who survived the collapse of the CTV building for 12 hours following the February 22, 2011 earthquake but later died trapped in the building’s rubble.

"No proper inquiry, regrettably, has been made into search and rescue efforts post the February quakes, when so much might have been learnt. There has not been any real effort to hold organisations and individuals within such organisations to account.

"None of my comments are to be taken as any criticism of the terrific efforts made by individuals, especially at the CTV site, to rescue trapped people, working without proper resources and command structures in the midst of terrifying after-shocks, imminent building collapse and fire.

"As the Coroner eventually concluded, in the blandest of reports, better resourced and coordinated search and rescue efforts may have saved more lives. But, for instance, how could it be allowed to happen that the rescuers on the east side of the building, who were lacking listening equipment and concrete cutting gear, were unaware that such gear was available on the western side of the same building?

"The terms of reference for Royal Commission of Inquiry did not include anything in relation to search and rescue. The Government refused to widen the terms of reference, even when the sort of matters encapsulated in the questions above were outlined to it, and even although the commissioners themselves were very prepared to and wanted to undertake the task.

"One is left with the clear view that the coroner, in his report, failed to acknowledge the systemic roots of the failures at CTV. Part of his role was to make recommendations or comments that, in his opinion, may, if drawn to public attention, reduce the chances of the occurrence of other deaths in circumstances similar to those in which these eight deaths occurred.

"The coroner does address some of the symptoms of the systemic failures I suggest, but unless and until New Zealand faces squarely and deals with the deeper issues then I am concerned that there will continue to be inadequate systems to cope with the range of problems that can arise after a disaster.

'One is forced to the conclusion that, in New Zealand, the ability to determine responsibility and accountability in any search and rescue response is directly related to the political will and motivation at cabinet and government level.

"Government was not prepared to turn the full floodlight of a Royal Commission on the Christchurch earthquake search and rescue responses and expose the shortcomings fully and in a way which could not be ignored, and ensure that the recommendations for the future be fully acted upon and, if necessary, enacted.’’

Hampton, who was the top law graduate at the University of Canterbury in 1964, was the first commissioner of standards and discipline of counsel to the International Criminal Court in The Hague and was Tonga’s Chief Justice 1995 to 1997.