The University of Canterbury has appointed Christchurch architect Tim Nees as the inaugural Architect in Residence within its College of Engineering. 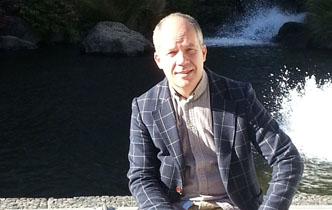 The University of Canterbury has appointed Christchurch architect Tim Nees as the inaugural Architect in Residence within its College of Engineering.

The residency has support from Sir Miles Warren’s Warren Architects Education Charitable Trust and from former graduate Jim Rutherford. Professor Mark Davidson, head of civil and natural resources engineering, says the trust and Rutherford have been crucial in creating the new position.

"The residency will also contribute to our education and research activities in earthquake engineering at the postgraduate level, where UC has considerable expertise and there is a need to further develop that specialist expertise in an architectural context,’’ Professor Davidson says.

Nees is one of New Zealand’s highly respected architects and a Fellow of the New Zealand Institute of Architects (NZIA). He was apprenticed to Ian Athfield at Athfield Architects in the 1980s. His work has won 20 NZIA Awards for Excellence in Architecture, including the top national award. Nees is a senior design architect on a wide range of commercial and residential projects in Christchurch, Dunedin and Wellington.

"This is an honour to be the first architect in residence at the university at an exciting time of the Christchurch rebuild. Some of the world's great cities have at some stage been rebuilt following significant disasters. They wouldn't be the cities they are today had disaster not once struck them down,’’ Nees says.

"The great Fire of London enabled Christopher Wren to build St Paul's Cathedral. Lisbon gained an elegant neo-classical city centre after their 18th century earthquake and deluge. Tokyo has been rebuilt several times following earthquakes and fires. Napier has become known as New Zealand's charming art deco city, after the devastating 1930s earthquake. What most of these rebuilds achieved was a consistency of urban space and urban fabric.

"Christchurch's rebuild should be less a discussion about architectural style and more a discussion about consistency and the quality of urban space. If the city can support a vibrant city life and provide spaces where people want to be, the built backdrop becomes less important.

"It is when the design of city buildings is unsympathetic or intrusive and negatively affects the quality of urban life - whether that is due to the way the building relates to the spaces around it, or the way it affects views and wind and sun - that the urban quality is reduced.

"Riverside walks, lane ways and squares, the way cars are routed through the city - if these things are done well then a building's integration in the street is more important than its individual style. One would hope that, in time, the buildings that are being built will relate well to the city they are making and achieve an overall consistency of city fabric. But this needn't be a consistency of style. Urban environments can be enriched by the unexpected.

"There are unprecedented opportunities in Christchurch, though the ride has been bumpy. It’s not only unfair, but unwise, to expect the process to be fast. Cities evolve through time. Yet it is exciting watching buildings going up in Victoria Street and Durham Street, and realise that this is a complete new city fabric unfolding.’’