The colour purple in logos has caused issues which a tool developed from University of Canterbury research may solve. 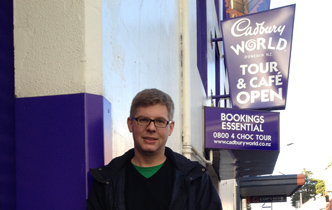 The colour purple in logos has caused issues which a tool developed from University of Canterbury research may solve.

Logos are the identity of an organisation and they communicate substantial brand meaning to members of the public, University of Canterbury Associate Professor Christoph Bartneck says.

Professor Bartneck researched colours to see if a computer could automatically produce accurate useful information about the real world uses of colours. He collaborated with researcher Dr Adrian Clark to develop software tools necessary to analyse thousands of logos.

The tools produce a set of useful statistical information about real world uses of colours. It is clear that having popular, relevant and unique colour schemes is essential to reach people and avoid confusion with other logos and their organisations, Professor Bartneck says.

Researcher Mitchell Adair, a member of the project team, says there have been prominent legal battles over colour recently.

"An example is the case in the United States of the telecommunications company T-mobile objecting to the use of the colour magenta in the logos of the competitor AIO. A Texas court sided with T-mobile.

"Purple seems to be a popular hue for dispute. In October last year, confectioner Cadbury lost its trademark court battle with Nestle to protect its purple Dairy Milk bars.

"Cadbury initially won another legal case to stop other chocolate firms using the colour but Swiss firm Nestle, the world's biggest food company, has since won an appeal against that earlier ruling.

"The United Kingdom court ruled Cadbury's formulation does not comply with the requirements for trademark registration.

"The Court of Appeal also said the trademark application lacked the required clarity, precision, self-containment, durability and objectivity to qualify for registration. The legal battle has been bubbling since 2008, when Nestle first opposed Cadbury's initial trademark application.

Purple has struck again in the New Zealand political arena. Peter Dunne objected to the use of purple in the logo of Kim Dotcom’s fledgling Internet Party. The Electoral Commission is waiting for a response from the Internet Party before deciding on approval for the party’s logo. Ã¢â‚¬Â¨

"If we look at the logo of Dotcom's Internet Party the two colours chosen are white and purple and when compared to United Future’s darker purple and green the colour schemes are quite different. They share a common magenta colour.

"The tools developed by the HITLab NZ would consider these two logos as unique as their second colours are different,’’ Adair says.

Professor Bartneck says the research conducted by the HITLab NZ can efficiently offer an overview of best colour use from a set of thousands of competing logos. A logo designer could use the powerful research tool for free to help decide a colour scheme for a new logo.

"It can even offer a warning of what colours are in use and their combination but it cannot account for legal or political decision-making."

You can view a video about this research here.