A special ceremony will be held in Rotorua today to launch a manuscript marking the completion of a landmark study that supports Māori achievement in the education system. 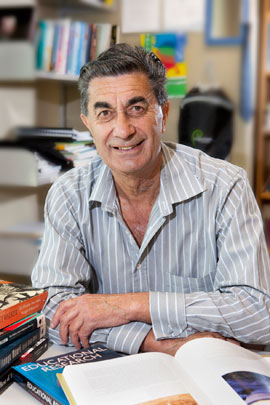 A special ceremony will be held in Rotorua today to launch a manuscript marking the completion of a landmark study that supports Māori achievement in the education system.

The study, carried out in Rotorua secondary schools, is entitled Ka Awatea which translates as the emergence of light and refers to Māori students shining at school.

The two year research project has been headed by Professor Angus Hikairo Macfarlane, Professor of Maori Research at the University of Canterbury, and was funded by the Māori Centre for Research Excellence, Ngā Pae o te Māramatanga.

Twenty-eight years ago the Waitangi Tribunal said the education system was operating unsuccessfully because too many Māori children were not reaching an acceptable standard of education.

"The Waitangi Tribunal said the lack of success by the education system in catering for Māori is characterised by an over-representation of Māori attaining comparatively low achievement, a high truancy rate and leaving school early," Professor Macfarlane says.

"More recently, in 2008, a national strategy for managing Māori success was introduced and in 2010 the Education Review Office said that Māori education was a national priority."

Professor Macfarlane agrees the wider education system has worked keenly to enable Māori students to reach their potential and enhance their educational achievement, but the challenges linger.

"This contention is supported by the study, which highlights the need for education contexts to value te reo Māori (Māori language), place-based learning and incorporate Māori worldview concepts within their structure and delivery.

"By doing this, greater numbers of Māori students will flourish as learners, and in doing so, will go some way towards reversing the negative statistics that continue to present for Māori."

Professor Macfarlane stresses the importance of educators becoming familiar with culturally responsive teaching and learning, culturally relevant programmes, and improved assessment approaches. This requires time and energy - and that there is no single definition of success for Māori.

"It was time to move on from the ‘old story’ about Maori students failing at school. In a sense the project was designed to de-story and re-story. The research team was after a new narrative and to do that we sought data from young Māori who were high achievers, their whānau, teachers, and community leaders. What contributed to their success – socially, culturally and academically?

"This research had its genesis in 2008 with the bringing together of four whanaunga - relatives through tribal affiliation. At that time the group had self-organised as a community of educators whose shared ideology was predicated on serving the iwi by way of research-related activities. The project research team included Dr Melinda Webber of Auckland University, Hiria McRae of Victoria University, and Rotorua health professional Dr Candy Cookson-Cox.

"Many of the students in the study stood out because of their desire to learn, their generally positive attitude towards school and their motivation to pursue opportunities post-school that would improve life-course opportunities. They tended to have whānau within reach of things educational.

"The majority of the students had positive self-concepts, positive academic self-efficacy, and were intrinsically motivated by school and most of what it offered. They tended to be goal-oriented and future-focused. To this end, they saw a strong relationship between school and work and, in many instances, possible career options were in their sights.

"These students appreciated extra academic support, both in the classroom and outside it, and valued contact with their parents and teachers who took a personal interest in them as individuals."