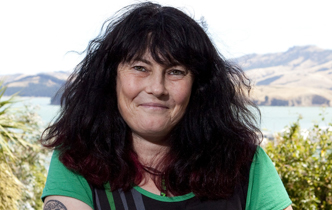 Pictures of Crusaders players on a hunting trip in South Africa are being used by an environmental organisation in its fight against joyride hunting. Reports show photos posted by the Landmark Foundation on its Facebook page players with wild animals they shot while on tour.

The pictures with the Crusaders players had first appeared on a general interest hunting Facebook page.  The foundation posted the pictures on its Facebook page two days ago. Since then the page had been visited 25,000 times.

Foundation director Dr Bool Smut has asked if it was appropriate that rugby teams `scrum down over a dead zebra. Is that respectful of that animal?

The University of Canterbury’s Associate Professor Annie Potts Associate, co-director of the university’s New Zealand Centre for Human-Animal Studies, says the rugby players’ actions demonstrate a way in which masculinity intersects with the domination of nature.

"Being a real man in western culture has been connected with dominating the natural world and rugby players are viewed in New Zealand as the epitomy of traditional masculinity.

"I'm not surprised they would be photographed doing this kind of thing. It's another form of competition, after all, and they can perform being real men in front of each other at the same time.

"Gender studies scholars have written extensively about this kind of thing. In his book Brutal: Manhood and the Exploitation of Animals, Brian Luke says hunting is a form of men's domination over nature, largely enacted to impress other men.

"Some of the terms and metaphors hunters use, including how they talk about their guns, demonstrate the relationship men have with each other when exploiting nature.

"From a more sinister perspective, these animals may have been set up for the kill. Some safaris like this, or organised hunting trips, keep herbivorous animals in certain areas in order to release them for hunters to shoot or for tourists who want to see so-called natural kills.

"If the Crusaders want to show how strong and tough they are, not how easy it is to pull a trigger, they'd be better to walk across a really natural  - not bogus natural - wilderness area in Africa and see if they can outrun a lion. Hunting a wild herbivorous animal with modern technology is cowardly and cruel.’’