Only 15 percent of rural people surveyed believed managing water rights was beneficial to the environment, according to University of Canterbury research. 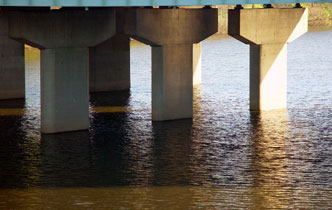 Only 15 percent of rural people surveyed believed managing water rights was beneficial to the environment, according to University of Canterbury research.

When asked what the appeal was in having riparian management along a stream, 60 percent of participants responded for aesthetic purposes, UC postgraduate student Emma Porter says.

Porter, who is supervised by freshwater ecology professor Jon Harding, has a received a Meadow Mushroom’s grant to further her studies in this area.

"Twenty percent of people surveyed felt that decreasing the amount of nutrients from entering the waterway is the primary goal of riparian management.

"Many people also thought that decreasing erosion and increasing biodiversity was achieved through riparian management. However, 15 percent of people didn't know or didn't think that there was any benefit on waterways by implementing a riparian system.

"I have surveyed urban areas and the way councils are doing riparian management should be altered to focus on the amount of ground-cover rather than the plants that they are using.

"Areas with 100 percent ground-cover have a greater proportion of the sediment filtered in comparison to sparse native plantings that only filter about 30 to 40 percent, which leaves areas of 60 percent without filters leaving sediment to run directly into streams.’’

"Porter says her water rights findings to date indicate that there is a reason for concern regarding the lack of public knowledge regarding the primary purpose of riparian zones.

New Zealand has the advantage of a high rainfall and sufficient volumes of water in surface and groundwater systems to supply the nation’s drinking water needs.

Globally, drinking water is in short supply.  The United Nations predicts dire shortages in clean, disease-free drinking water for more than 60 percent of the world's people within the next 15 years and anticipates that conflict over water will be the most likely cause of the next world war.

While New Zealand may have abundant water resources, the world is facing a tremendous water shortage which is worsening with time.

With the world’s population growing by about 80 million people a year, the demand for freshwater increases at a staggering rate of 64 million cubic metres a year.