A former New Zealand ambassador to Iran, Turkey and the United States, Dr John Wood QSO, has been re-elected Chancellor to the University of Canterbury Council. 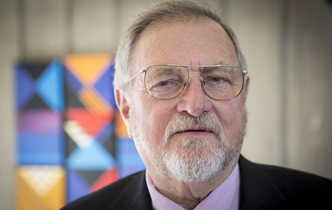 A former New Zealand ambassador to Iran, Turkey and the United States, Dr John Wood QSO, has been re-elected Chancellor to the University of Canterbury Council.

During his 37-year public service career he was also New Zealand’s High Commissioner to Pakistan, was international adviser to the Prime Minister, and held diplomatic postings in Japan and Germany.

He was twice Deputy Secretary of Foreign Affairs and Trade, and led many trade delegations. These included delegations to the WTO (World Trade Organisation) and the OECD (Organisation for Economic Co-operation and Development).

Dr Wood, who graduated from Canterbury with an MA (first class honours) in 1964 and has received an honorary doctorate from the University. He attended Balliol College and holds an MA (Hons) degree from Oxford University. Dr Wood is also a Trustee of the UC Foundation. He has served on the University Council since 2007 and has been Chancellor since 2011.

The University of Canterbury Council has also elected its Pro-Chancellor for 2015, Christchurch barrister and solicitor Sue McCormack.

McCormack is also a University of Canterbury graduate, holding a BA and LLB. She has 25 years’ experience as a commercial and corporate lawyer and is currently a partner in Mortlock McCormack Law.