Deputy governor to give public lecture at UC

Hu Xiaolian, a deputy governor of the People's Bank of China, will give a public lecture on Monetary Policy in China: Past, Present and Future at the UC on Tuesday February 25 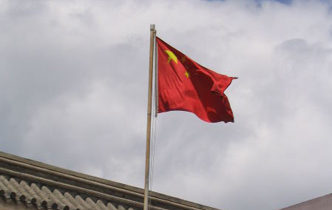 Hu Xiaolian, a deputy governor of the People’s Bank of China, will give a public lecture on Monetary Policy in China: Past, Present and Future at the University of Canterbury (UC) on Tuesday, February 25.

Hu Xiaolian will talk to academics, UC staff and students, invited guests and members of the public at 11.45 am in the James Hight building’s Undercroft.

She is in charge of monetary policy at the People’s Bank of China and her visit to campus comes at an interesting time. China overtook Australia as New Zealand’s largest trading partner.

In the first quarter last year, the value of goods and services traded between China and New Zealand exceeded the sum of imports from and exports to Australia.

UC Associate Professor Alfred Guender says six years ago China ranked as the third most important trading partner. This change is remarkable and underscores the growing importance of trade relations between Asia’s new powerhouse and New Zealand, he says.

"Yet, when it comes to monetary policy, the general public in New Zealand knows very little about China’s monetary policy goals, strategies and implementation. A change in the tune of monetary policy in China does not grab headlines in the financial press to the same extent as in the United States or in Australia.

"Hu Xiaolian is likely to emphasise that China’s monetary policy has evolved gradually over time. Initially, guided by an export-led development strategy, the focus of monetary policy rested squarely on the exchange rate vis-à-vis the United States dollar.

"For many years China rigidly pegged its exchange rate to the dollar at a level which enabled it to gain a foothold and later expand its share of exports in world markets.  Indeed, in the early years of the new millennium, China began to run staggering current account surpluses which peaked in 2007 at more than 10 percent of GDP.

"In recent years, China’s monetary policy focus has shifted slowly from an exclusive external objective – keeping the exchange rate vis-à-vis the US dollar pegged – to an internal objective which accords greater importance to keeping inflation low and stable.

"Her talk will provide the academic community and the people of Canterbury with the opportunity to listen to a practitioner’s views on the evolving character of monetary policy in China,’’ Professor Guender says.

Hu Xiaolian has been ranked by Wall Street Journal as one of the top women in the world to watch.

In the 1980s, she worked in New Zealand as an intern at the Reserve Bank.