A University of Canterbury postgraduate student has found a causal link exists between competitive procurement and performance in the New Zealand construction industry. 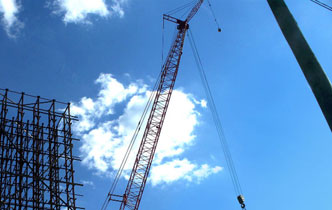 A University of Canterbury postgraduate student has found a causal link exists between competitive procurement and performance in the New Zealand construction industry.

The construction industry, which in 2016 is likely to be worth $32 billion to the New Zealand economy, faces unconstrained competition that erodes consumer value, UC PhD student Dr Mark Hinton says.

His research findings are timely if New Zealand is to ensure the quality of its future built environment.

Productivity in the construction sector has been renowned for decades for being poor and lagging dramatically behind many other industries such as manufacturing, Dr Hinton says.

The UK government commissioned reports in the 1990s that called for a move away from the ubiquitous competitive procurement model to one of a more collaborative nature within the supply chain.

"Initially, my research focus was directed towards understanding why the New Zealand construction industry was so heavily focused upon the competitive model of lowest price wins.

"It is the subcontractors that generally constitute 95 percent of the value of any project, but yet receive minimal recognition. My study was different to many others in than much of my focus was on the subcontractor fraternity.

"While my study at first looked at collaborative procurement, the direction changed after around two years as many issues relating to ethics and the morality of the industry began to emerge from the data collected.

"I found that rather than competition being good for the industry and consumers, in fact the opposite is true. Contractors whether they are main contractors or subcontractors, have developed strategies to effectively improve their own position both during and after the tender process.

"The net effect of this is that the consumer is penalised by often paying higher prices than necessary for construction projects, while at the same time receiving an inferior product.

"My study identifies many behaviours and strategies that are mostly in response to the competitive procurement model NZ insists on retaining, which often engenders mistrust, opportunism, power and ambiguity.

"There is a need to reconsider the role that main contractors play in the construction industry. Most of the work is undertaken by relatively small subcontracting companies, with very little industry representation.’’

Dr Hinton is an electrician by trade and spent more than 25 years working in the construction industry before enrolling at UC at 43 years of age before going on to receive his doctorate at a UC graduation ceremony earlier this month.