Coastal expert to give public lecture at UC

An international expert on coastal flooding will give a public lecture at the University of Canterbury next week about the impact of sea level rise in cities and urban areas. 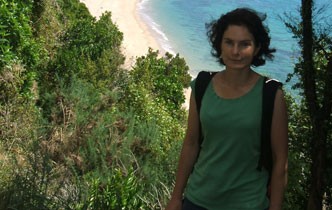 An international expert on coastal flooding will give a public lecture at the University of Canterbury next week about the impact of sea level rise in cities and urban areas such as Christchurch.

In the wake of the fifth assessment report by the Intergovernmental Panel on Climate Change released this week, University geography researcher Dr Deirdre Hart  will examine sea levels and how New Zealand coasts are likely to respond to predicted sea level rise.

Dr Hart will talk about the impacts of rising seas levels on built coastal areas at the campus on Wednesday April 9. View a YouTube video preview here: http://youtu.be/9qf1IZC4nqw.

"We are living in a sea level rise laboratory. This city is the place to be in New Zealand to observe, analyse and understand the effects of rising sea levels. Lessons from the Christchurch experience can be used to make New Zealand’s coastal cities - like Whangarei, Auckland, Tauranga, Gisborne, Napier-Hastings, New Plymouth, Whanganui, Wellington, Nelson, Dunedin and Invercargill - more disaster-resilient.

"If you add coastal rivers into the mix, which will experience higher water levels as they adjust to higher sea levels, many of the urban areas of New Zealand need to be urgently re-evaluated in terms of potential sea level rise effects.

"Because of the earthquakes, we’ve had up to half a metre of land subsidence in Christchurch. The city is now a good laboratory to look at what happens when relative sea levels rise. We have repeatedly seen significant flooding in the city since the earthquakes.

"The drainage via our river and storm water systems, plus overland across our lowered landscape is less efficient. This has got to impact on our future planning so we adapt to rising sea levels and lower ground levels. We are also likely to see an increase in frequency of damaging floods on the ground.

"We are looking at the estuary and all our rivers and how they are responding to rising sea levels. We are producing maps showing the most vulnerable areas in Christchurch. We know these issues are so important to the people of Christchurch.

"In the wider project, we are looking at lifeline systems such as drainage, storm water, sewerage, telephone, roads, drinking water, gas and electricity networks - all our infrastructure that is the lifeblood of our city network.

"They are exploring flooding resulting from earthquake impacts on lifeline infrastructures, such as roads, waste, storm and drinking water, electricity and telecommunications systems, and the communities they support.’’