A group of University of Canterbury students are keen to make Cantabrians fitter, not fatter, by helping a charity organisation. 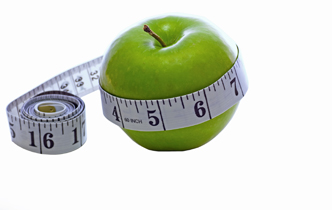 A group of University of Canterbury students are keen to make Cantabrians fitter, not fatter, by helping a charity organisation.

The students’ research has found that a not-for-profit charity, Active Canterbury Network, will grow their operation if they post on Facebook and put out flyers and taglines to engage the public and increase interest in the services.

Leah Tulloch, Katie Bell, Stella Seyb, Jonny Orr and Hugh Lynch formed a team of student consultants to assist the network, a coalition of trusts, agencies and organisations whose goal is to promote fitness and support people to lead active lives in Canterbury.

The students are part of the University of Canterbury Students’ Association club 180 Degrees Consulting. The 180 Degrees organisation is the world's largest student-driven consultancy, operating in 18 countries. They help charities and not-for-profit organisations achieve greater social impact. The Canterbury students are not receiving credits for the work but were all committed to community engagement.

This group’s research report identified and addressed key issues that the Active Canterbury Network is facing. It has been established that the primary issue are marketing strategies and its ability to reach its intended audience.

Team leader Leah Tulloch says their research identified the difficulties in establishing a connection with the health professionals and a significant gap in the general public's awareness and its use of the ACN’s services.

"The network is a coalition of agencies, trusts and organisations that promote fitness and support people to lead active lives in Canterbury. Network members from health and fitness organisations meet regularly to discuss physical activity initiatives, plan joint projects and coordinate activities across the region.

"The network has struggled to generate sufficient interest with health professionals and the general public. Its goal is to be recognised as the first point of contact for people who want more information about getting fit in Canterbury. They want to increase awareness of their services and brand, resulting in increased engagement with the website and phone line.

"The organisation’s current marketing strategy is low level and untargeted and could be improved to better target the general public. We suggested flyers be distributed to reach Māori and Pacific Islander communities.

"Our recommendation is a marketing strategy that will effectively communicate the key messages to the targeted demographic groups, particularly Māori and Pacific Islanders, as well as to suggest ideas on how to raise awareness about the website and the 0800 number using low cost marketing methods,’’ Tulloch says.

"I would encourage other charities interested in solving problems and achieving their objectives to consider engaging the services of this motivated group of students.’’