A UC geological sciences postgraduate has won a competition about communicating his thesis investigating the clean-up work required after an Auckland volcanic eruption. 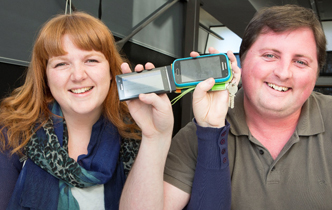 A University of Canterbury geological sciences postgraduate has won a competition about communicating his thesis investigating the clean-up work required after an Auckland volcanic eruption.

Josh Hayes was a co-winner in the university’s annual Tweet your Thesis event. Students who entered were allowed only six tweets to describe their thesis work in less than 840 characters.

Hayes says following an eruption communicating with groups such as the Auckland Council, universities, GNS Science, the community and contractors, about a clean-up was critical.

"A key piece of planning for Auckland will be determining where material from a future volcanic eruption can be dumped. One of the main outputs from my work will be estimates of volumes of volcanic ash and other material erupted from the volcano that need to be dumped, which will influence the feasibility of different dump sites. Potential sites have been suggested in the Auckland Volcanic Contingency Plan. However, it is important to revisit these decisions over time as new information is made available.

"The clean-up will primarily involve removing tephra – a material that is ejected out of a volcano during an eruption that falls to the ground. The smallest particles of tephra are known as volcanic ash. This material needs to be cleaned up because it can impact or block roads and storm water systems.

"In areas where tephra is thickest it will require heavy earthmoving machinery and manual labour to remove the bulk of the material, followed by a street sweeping operation to remove the remaining residue.

"What is clear from overseas experiences is that many different methodologies have been undertaken with various levels of success. One method which worked well in one place may not work with the same success in another location.  But in all cases, planning for such an event would have been beneficial.

"Lessons from the Christchurch earthquakes clean-up operations included having liquefaction from properties piled on the street so contractors could then pile it on to trucks and taken to disposal sites.

"For Auckland a best case scenario would be a one-off short eruption on land and to the east of the city so that the wind blows the tephra away from the city. As we know from Christchurch, regular aftershocks caused multiple liquefaction events which then required multiple clean-up operations lasting for many weeks. A similar situation for Auckland could occur where there are on-going eruptions which would require multiple clean-up operations,’’ Hayes says.

Auckland Council has been interested in Hayes’ research work and Auckland Civil Defence and Emergency Management have been particularly supportive. His project involves collaboration between Auckland, Massey, and Canterbury universities, as well as GNS Science.

His thesis has been supervised at Canterbury by Dr Tom Wilson, Professor Jim Cole and Dr Matthew Hughes.