Better everyday systems should be a priority 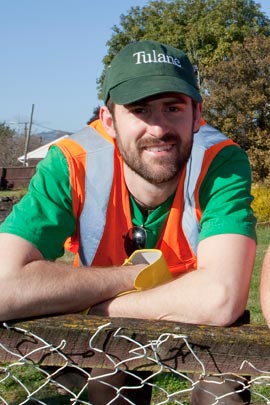 The University of Canterbury’s Student Volunteer Army was involved in five major response operations after the 2010 and 2011 earthquakes and the army’s foundation co-founder, Jason Pemberton, says the volunteers learned about dysfunctional everyday systems.

Pemberton will give a key talk to a landmark emergency management study visit at the University of Canterbury today by Charles Sturt University students from Australia. Charles Sturt is the world's largest provider of university education in law enforcement, counter-terrorism, emergency management, customs and border security studies. The event is being run by UC's Centre for Risk, Resilience and Renewal (UCR3).

Pemberton says it was clear from the army’s response in 2011, as well as from a wealth of past research and previous situations, that there are a number of large, everyday issues that foster many of the problems that disaster response deals with.

He visited Japan after the 2011 earthquake and tsunami and was also rushed to New York after Hurricane Sandy. His work continues to feed into the United Nations International Strategy for Disaster Reduction. He will take part in the Third World Conference on Disaster Risk Reduction in Sendai, Japan, in early 2015.

"We were taken to New York in an advisory capacity so there was more space to reflect and breathe, which meant that the longer term impact has been a lot more positive than some other work we'd done previously.

"We have an increasingly connected and aware global society that is tending more towards continuity of resources and human wellbeing than financial targets. This will, I sense, in time, start to shift the way that we structure our lives, operate our businesses, and make decisions for our communities. The environments in which emergency management operate are changing faster than emergency management is, so there is an opportunity for growth here.

"Disasters don't exist in isolation of everyday life yet we often deal with them as isolated situations. We can't stop natural forces but we can design around them to mitigate negative impacts. All that's needed is a broader purpose or vision. This is where the world is heading.

"While emergency management is facing immense and cross-cutting issues, so is education, health and nutrition, energy systems, sanitation and the list goes on. These are all cross-cutting issues that cannot afford to be considered in isolation of one another if any of us are to achieve the results that are needed locally and globally.

"It’s not just a question of money, it's also challenge of personal capacity or development. People who are in control of their own lives are generally very resilient in times of crisis, whether rich or poor. It appears to me however that the most influential forces on people’s lives are not in the business of empowering people, just yet. This isn't to say it's anyone's fault, but it might be an interesting situation for individuals to explore in their own lives."