A man's best friend in Antarctica

A University of Canterbury (UC) historian will recount the special role that dogs have played in Antarctic operations at a public talk on Sunday (5 October) at NZ IceFest. 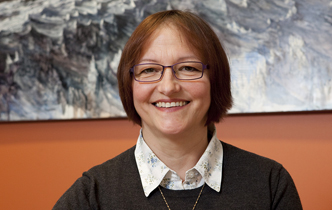 A University of Canterbury (UC) historian will recount the special role that dogs have played in Antarctic operations at a public talk on Sunday (5 October) at New Zealand’s premiere IceFest festival.

Dr Ursula Rack, from UC’s Gateway Antarctica, along with Frank Graveson from Old Antarctic Explorers, will discuss the various roles that dogs have played on the continent since the late-1800s and the challenges they faced.

“They were used for the transport of goods, scientific materials, food, equipment and basically everything that was needed in the Antarctic,” says Dr Rack.

“Dogs were also used for purposes such as day trips, longer trips and were often a help for expedition members to manage their emotions, as companions even when they could be considered as dangerous.

Dogs are no longer used in Antarctic operations due to the potential for disease that could be introduced to seals, penguins and other wildlife. The last sledge dogs were removed from Scott Base in 1995.

“The dogs were often lifesavers and we hope that people will be interested in hearing about how these working dogs made a significant contribution to operations in Antarctica,” says Dr Rack.

Dr Rack and Mr Graveson will present A dog’s tail: Man’s best friend on Sunday (5 October) from 2.30-3.30pm at the IceFest Hub. More information is available at www.nzicefest.co.nz.

UC is an official partner of NZ IceFest, which highlights New Zealand’s leadership in Antarctica and the Southern Ocean. This unique Christchurch festival focuses on the importance of the mysterious continent and it surrounds. Through creative and interactive experiences the festival brings Antarctica to the general public, the Antarctic community and international visitors.