Surge in student applications to enrol

The University of Canterbury is increasingly confident that student numbers will climb for the first time since the 2010 and 2011 earthquakes. 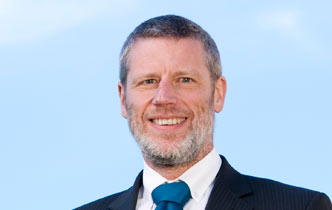 The University of Canterbury is increasingly confident that student numbers will climb for the first time since the 2010 and 2011 earthquakes.

The number of new domestic students applying to enrol is slightly up and applications from new international students have surged by more than 50 percent to 2,077.  While not all students who apply to enrol will in fact enrol, the surge in interest is reassuring.

"Applications from new international students seeking to study business and law have surged 70 percent compared to last year and are 58 percent ahead of this time two years ago. At these levels they are on track to align with pre-earthquake levels. Applications from returning students seeking to study business and or law are up by about 5 percent.’’

Eighty percent of the campus is going to be remediated with insurance money, five percent has been deconstructed and 15 percent will either be demolished or rebuilt, depending on technical assessments and insurance negotiations.

"We have over 600 tradesmen on site during summer as we ramp up the campus remediation programme. We have more certainty following the Government’s announcement last October of up to $260 million of capital toward the redevelopment of engineering facilities and the construction of the Regional Science and Innovation Centre projects, which have an estimated combined total cost of around $357 million.

"The surge in student applications is further evidence that the university can look forward to making a contribution to the recovery and future prosperity of the city and the region. Students from out of town and from overseas are expressing interest in coming to UC.

"To take some pressure off the Christchurch housing market we have also addressed the urgent need for student accommodation and have begun building 15 four bedroom houses on the Ilam campus, which will provide accommodation for 60 students this year.

"We have also been able to add back over 150 beds which had been removed to provide office accommodation last year for staff now relocating to the remediated Business and Law School building – the new home for the College of Business and Law.

"The university has also taken the head lease on the 60 bed former Golf Academy on Innes Road next to Mairehau High School and is undertaking minor renovations to add a further 28 beds in time for the start of term.

"Construction is expected to start this year on a new 240 bed hall of residence on the Dovedale campus.’’ Dr Carr says.