What if health statistics were not as they seem?

A University of Canterbury health academic says health statistics may not always be what they seem. 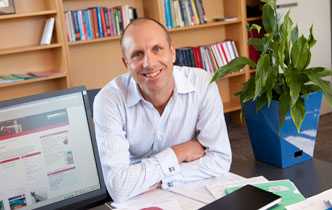 A University of Canterbury health academic says health statistics may not always be what they seem.

A British consensus group identified fabrication, invention of data or cases and falsification or wilful distortion of data as the most serious forms of scientific misconduct.

UC health sciences professor Philip Schluter says a recent a systematic review and analysis of survey data found around up to four percent of scientists declared fabricating or falsifying research data. He will talk about the potential for mischievous findings in a public lecturer on campus next Wednesday 10 April. For more information about this and other lecures go to http://www.canterbury.ac.nz/wiw/.

"Research misconduct is a problem yet most countries have not developed a coherent response to the problem. They need to in order to avoid a collapse in public trust in medical research.

"Getting health statistics wrong can cost lives. Health statistics and evidence are used for multiple purposes. They are used for expert witness testimony in court, to inform expectant parents of the likelihood of their unborn child having a chromosomal abnormality and informing governments to promote therapies, interventions and pharmaceuticals.

"Decisions based on flawed research through fabricated or falsified data are likely to contain often serious biases which over or understate the likelihood associated with these events.

"For example, based on fallacious claimed recordings in his laboratory, an overseas academic said sleep apnoea was a precursor of sudden infant death syndrome. Two decades and tens of millions of research dollars were lost trying to find the elusive link, diverting researchers away from identifying the now known significant risk factors.

"Hundreds of infants were predicted to have perished from a preventable sudden infant death due to the delay in the identification of these legitimate findings.

"So this places the scientist in a tricky situation. Publish or perish? What is an incentive for scientific mischievousness? Why does scientific fraud happen? Why wouldn’t it happen?

"It happens in other human activities. Science is a very strongly career-driven discipline. Scientists depend on a good reputation to receive ongoing support, funding recognition and promotion and a good reputation relies largely on the publication of high-profile scientific papers.

"Publish or perish is a phrase coined to describe the pressure in academia to rapidly and continuously publish academic work to sustain or further one's career. This pressure may motivate some less scrupulous health scientists to fabricate results.

"For instance, Robert Slutsky, an American cardiological radiologist, published 137 papers between 1978 and 1985 - sometimes one every 10 days.

"A reviewer raised anxieties about some of Slutsky’s work and a subsequent investigation found that 12 papers were definitely fraudulent and 49 questionable. Many were retracted although not all, as some journals are reluctant to retract published studies," Professor Schluter says.

A number of notable Australian health leaders and researchers have been caught out but, as yet, no New Zealanders appear on any international misconduct list.

"Do New Zealanders behave with greater integrity than their Tasman counterparts, or could it be that we have not recognised or developed a coherent response to the problem?" Professor Schluter says.