University of Canterbury's (UC) Professor Garry Hornby says he is not surprised by the latest findings on New Zealand's educational achievement released by the OECD. 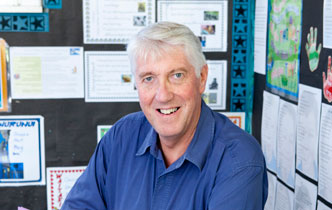 University of Canterbury’s (UC) Professor Garry Hornby says he is not surprised by the latest findings on New Zealand’s educational achievement released by the OECD.

Professor Hornby, from UC’s College of Education, says the report highlights the poor educational achievement of the lowest 25 percent of New Zealand school children in contrast with that of that of the majority of students.

"New Zealand has the largest gap between high and low achievers of any country in the OECD. It is this long tail of underachievement that brings down our overall rating. Without it New Zealand would be at the top of the OECD tables for educational achievement.

"This is due to our weaknesses in our provision for many of the children who are in the lowest 25 percent of achievers, who have special educational needs.

"We do not have a code of practice for special education needs setting out what schools must provide, such as a staged approach to intervention including IEPs for children with moderate and severe levels of special needs, as used in the UK and USA.

"We do not have schools organised to identify up to 30 percent of children with the lowest levels of achievement in first year of schooling and target them for additional specialist teaching and support, as they do in Finland.

"We do not have trained special education needs coordinators in all of our schools, as is mandatory in the UK.

"We do not have parent coordinators, as in the USA, or parent partnership services, as in the UK, to help parents of children with special education needs access the advice and support they need to ensure that their children get the education they need.

"Also, the majority of our mainstream school teachers have had little or no training on teaching children with special education needs.

"New Zealand must look at how it can improve provision generally for the lowest 25 percent or so of school achievers.

"We need specific legislation focusing on children with special educational needs that sets out the rights of these children and their parents, and the responsibilities of the education system to meet their needs.’’

Professor Hornby considers the changes needed in more detail in his forthcoming book, Inclusive Special Education, to be published next year.