UC survey of up to 3000 children underway

A University of Canterbury survey of up to 3000 children will help provide the first comprehensive study on early language development in New Zealand. 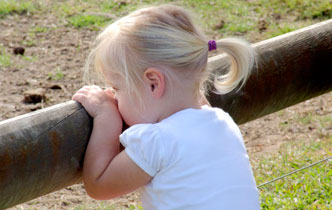 A University of Canterbury survey of up to 3000 children will help provide the first comprehensive study on early language development in New Zealand.

"We don’t know when Kiwi children actually first start using words on average or when they start combining words into short sentences. We would like to know how many words New Zealand toddlers know when they are two and a half years old.

"We are hoping to have answers to basic questions such as these at the end of this nationwide study,’’ Professor Klee said.

New Zealand professionals who worked with young children, such as speech and language therapists, early childhood educators and developmental psychologists, have had to rely on studies of American, British and Australian children rather than data from New Zealand communities.

The comprehensive study will provide information gathered from New Zealand children so that professionals do not have to rely on overseas data any more.

UC Professor Stephanie Stokes, Elaine Reese of University of Otago and Rune Norgaard Jorgensen and Dorthe Bleses at the University of Southern Denmark are collaborating with Professor Klee on the project.

"We are focusing on the 16 to 30 month age group in the hope of finding out what to look for in children having difficulty learning to talk.

"If a child is two and isn’t saying many words yet, or isn’t joining words into small sentences yet, should we be concerned? Should we do something about it? Without knowing what the early language milestones are for children in New Zealand, it’s difficult to assess the situation when a child isn’t talking like other children of his or her age.  It’s difficult to know what advice to give parents.

"We’re asking parents of 16 and 30 month old children to complete a questionnaire on our website at www.kidswords.org.

Professor Klee said many children had difficulties in learning to talk. Delays in early talking could sometimes be the first sign of problems in other areas such as hearing, learning or developing relationships with other children.

Knowing what most children do and at what age was the first step in solving the problem of what to look for in children with developmental problems.

Listen to Professor Klee being interviewed by Radio Rhema at: http://www.rhema.co.nz/index.php?option=com_k2&view=itemlist&task=category&id=211:mornings&Itemid=16