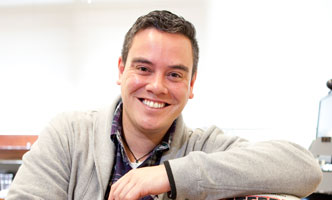 Williams was a late inclusion in the squad for the World Cup which resulted in Melbourne Storm second rower Tohu Harris being removed from the touring party.

UC lecturer Phillip Borell says he agrees with the decision to include Williams in the Kiwis squad.

"His late inclusion is justified by his influence on and off the field, his focus on his own preparation and the skill set that he provides.

"I can’t say why he changed his mind but I believe we have to take him at his word that his focus was entirely on the NRL grand final, which up to that point was the biggest possible league game he could have played in.

"In terms of precedence I think the whole scenario could have been handled better and that both he and his management do need to be held accountable for the timing.

"While it can be seen as an unprofessional move, I don’t think we should be attacking him for being bigger than the game. Again, this is a situation that is most unfortunate, however we need to look to the bigger picture and that is the Kiwis’ retaining the World Cup.

"They have every chance of retaining the cup as we can see the TAB odds reducing from $4 to $3.75 just because of the inclusion of Williams.’’

Borell says Williams has drawn a lot of criticism but it was unfairly directed because of his status and possibly due to his alignment with manager Khoder Nasser.

"What we need to realise is that in today’s sporting era, opportunities to win major competitions need to be taken with both hands, and I believe including Williams in the team gives the Kiwis the best possible chance of retaining the World Cup.’’

Williams' late registration has been accepted by World Cup organisers. New Zealand’s first game is against Samoa, on October 27 (October 28 7am NZ time) in Warrington.