A University of Canterbury postgraduate student has found a way to reduce children's fear of dogs. 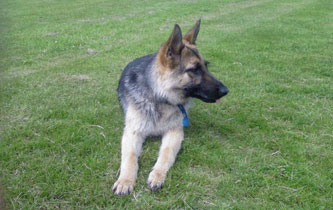 A University of Canterbury postgraduate student has found a way to reduce children’s fear of dogs.

Nearly 12,000 people suffered dog bite injuries in 2011 and the number of attacks requiring medical attention has increased since 2003, according to ACC claim statistics.

"Everyone has fears from time to time, but fears can sometimes stop people from doing everyday activities and tasks. I helped a number of children decrease their fear of dogs and increase their knowledge on dog safety.

"Video self-modelling involves someone watching themselves on an edited video doing a target behaviour that they would normally find difficult to do.

"Each child in my study was filmed at a certain location, such as a park, and they pretended to see a dog in the park while looking relaxed and calm. A real dog was filmed separately on a different day in the same location.

"The two filmed videos were edited together to make it look like the child and dog were at the same location at the same time.

"Each child reported how scared they felt in certain situations with dogs before they watched their videos. I wrote a short picture book about dog behaviour and what to do when children are around dogs.

"Teaching the children about dog behaviour and dog safety was important as these are essential skills to know when around dogs. The children watched these videos and read their books for two weeks.

"The children were then taken back to the same location where their video was filmed but this time with a real dog and were asked to rate how they were feeling.

"Results showed that the videos and the books helped these children overcome their fears, with some more than others.’’

Swney says more research is needed to identify whether it was the video or the book that helped the children the most. Swney’s research was supervised by Dr Karyn France and Gaye Tyler Merrick.