Student to take up Rhodes scholarship

Christchurch physics and maths student James Bonifacio heads to Oxford next month as the University of Canterbury's latest Rhodes Scholar. 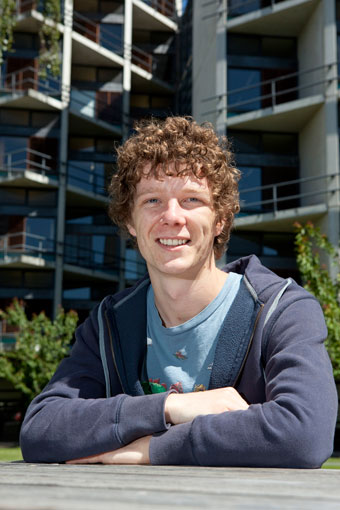 Christchurch physics and maths student James Bonifacio heads to Oxford next month as the University of Canterbury’s latest Rhodes Scholar.

Rhodes Scholarships are the pinnacle of achievement for university graduates wishing to pursue postgraduate study at Oxford University, regarded as one of the world’s leading universities.

A former Hagley Community College student in Christchurch, Bonifacio says he was hugely honoured to win a Rhodes scholarship to Oxford.

The University of Canterbury has had long ties with Oxford and last year Oxford helped UC by offering 42 UC students an opportunity to study for a term at Oxford.

"This is a life-changing opportunity. Having a Rhodes Scholarship not only means having the financial support to study at Oxford, but it also means being involved with an academically diverse community of Rhodes scholars from all over the world.

"My curiosity and passion for learning drives me to pursue a deeper understanding of nature. At Oxford I am going to study for a Doctor of Philosophy in theoretical physics and plan to work on cosmology, the study of the universe at large.

"Career-wise, I initially aim to do physics research. Hopefully this will eventually mean working as an academic physicist in New Zealand, most likely after working overseas."

Bonifacio says it is an exciting time to be working on cosmological physics since current experiments are teaching us more about our universe, such as the nature of dark matter and dark energy.

"I hope to work on theoretical cosmology. One of the big problems in cosmology is dark matter. This is basically the problem that we don't understand what most of the matter in the universe is. We can tell that there's lots of invisible matter out there because it interacts with ordinary visible matter through gravity, but we don't have a particle theory that explains it.

"What motivates physicists to try to understand dark matter is pure curiosity: it's amazing that we seem to not understand what makes up most of the matter content of the universe.

"Understanding dark matter is quite an active research area since there are many active experiments that bear on this such as the PLANCK space observatory, IceCube (which some UC physicists are involved with) and direct detection experiments.

"One of the jobs for theorists is to construct novel dark matter models that explain all of the available data. This might be by postulating new particles, by modifying gravity, or by coming up with something else. Some interesting recent developments are that the LHC hasn't yet found signs of supersymmetry, an idea that many dark matter models rely upon, and that there are unconfirmed claims of direct detection of dark matter."