It would be a disaster if the uneasy stalemate on the Korean peninsula collapsed, University of Canterbury political scientist Professor Alex Tan says. 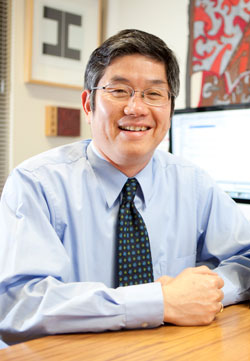 It would be a disaster if the uneasy stalemate on the Korean peninsula collapsed, a University of Canterbury political scientist says.

The Korean peninsula is the flashpoint in East Asia with a huge concentration of large militaries in the area and no peace treaty in place to end tensions, UC professor Alex Tan says.

"Escalation between North and South Korea would be disastrous. Just imagine the refugee flow and the economic disruption that will occur as a result of that. More serious is the geo-strategic implication if a conflict occurs.

"There is currently some kind of a stability as there is no outbreak of war, but the problem with sustained stability is that both countries each have their own agenda which makes it difficult for them to see eye to eye."

Professor Tan will give a public lecture at UC next Wednesday 5 June answering the question what if the North Korean regime collapsed? For details see: http://www.canterbury.ac.nz/wiw/

Since the end of the Korean War, the Korean peninsula has been one of the most dangerous crises in Asia. Despite seeming peace in the area, events in the last month surrounding North Korean missile tests serve as a raw reminder of the volatility of the peninsula.

"In the lecture, I will explain how the stalemate persists and the implications of drastic changes to the status quo.

"With no sign of tensions easing, there would be significant consequences for New Zealand if war broke out in Korea.

"New Zealand is part of the United Nations forces in Korea and New Zealand troops would become involved.

"As a country that values the United Nations, I don't think we will just be a spectator if war eventuates. There are serious economic consequences to New Zealand if war breaks out. Japan, Korea, China are our top trade partners. Not to mention, the refugee movement that may occur.

"North Korea may be bluffing but it cannot be ignored. It has huge conventional forces that can do damage. While nuclear missiles are not ready yet, the fact that they have a huge army that can do serious damage is worrisome.

"As one of the backers of the North Korean regime, China is the only country that has some sway in North Korea both politically and economically.

"The world has to be vigilant because any miscalculation and mis-step by the young leader of North Korea could be disastrous. I don't think there is no way out of this impasse but there are serious face-saving measures for all involved that need to be adopted, otherwise it will be too difficult," Professor Tan says.