The closure of seven Christchurch schools and merging of 12 others will be stressful and will place new demands on people. 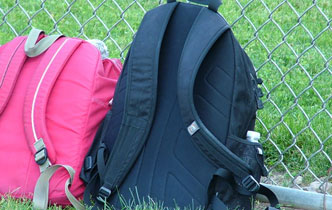 The closure of seven Christchurch schools and merging of 12 others will be stressful and will place new demands on people, according to University of Canterbury psychology professor Deak Helton.

Professor Helton said relocating children to a new school will not only invoke stress, but will require the burden of new planning.

"Pre-existing routines will be disrupted and could be likened to going into a person’s kitchen and moving everything around and then asking them to cook dinner for a party. In addition to this, would be added concerns about how one’s children will adapt to the relocation. Will they still have their friends? Will they encounter new bullies?

"Under the conditions Canterbury has already experienced - immense unpredictable change - emotional reactions to this news is completely normal and understandable.

"Running schools does require money and good financial stewardship. There is no way to overlook that, like many organisations impacted by the earthquakes, the Ministry of Education is facing significant financial challenges in regards to its operations in the region,’’ Professor Helton said.

But the business perspective of education could lead to overlooking the importance schools had in harder to quantify dimensions. For example, in building local community networks or what some authors refer to as building social or community capital.

Schools were not just factories churning out future workers, but were important community hubs and developers of community members, Professor Helton said.

Parents, students and educators were legitimately concerned about the impact on their local communities. In no way should anyone trivialise their concerns.

"But if our experience in the last few years has taught us anything about Cantabrians, including their children, is that they are extremely resilient and capable of meeting challenges.

"It is important to acknowledge the legitimate reactions among parents, students and staff at those schools closing and merging, but Cantabrians will be resilient in the face of these changes,’’ Professor Helton said.