Ross Sea proposal fails but not all is lost 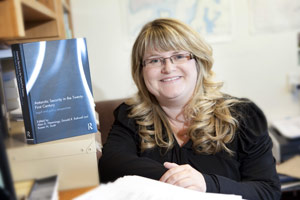 New Zealand's second attempt at persuading the members of the Commission for the Conservation of Antarctic Marine Living Resources (CCAMLR) to establish the Ross Sea marine protected area (MPA) has failed again, but all is not lost.

The fact that only Russia objected to the creation of an MPA demonstrates that New Zealand and other like-minded countries, including the United States, have been successful in their diplomatic efforts over the last few months to persuade states such as China, Japan and South Korea to back the initiative, University of Canterbury law expert Professor Karen Scott says.

"Russia says it has concerns over the legal basis for the creation of a protected area in the Antarctic."

This was a move that caught the other 25 members of the commission by surprise and, arguably, has no foundation in international law.

"Although there is no global instrument that provides for an explicit right to create MPAs on the high seas, a number of treaties that require states to take measures to protect ocean biodiversity arguably provide implicit support for such measures.

"Relevant treaties include the 1982 United Nations Convention on the Law of the Sea and the 1992 Biodiversity Convention. States - including Russia - have agreed to protect 10 percent of the world's oceans by 2020 under the 2010 Aichi Biodiversity Targets. This commitment was reaffirmed by the United Nations General Assembly in September 2011.

"Negotiations are currently taking place in the UN Working Group on Areas Beyond National Jurisdiction (established by the UN General Assembly) in connection with the creation of an instrument designed to protect biodiversity on the high seas and the marine protected area is likely to be a key conservation tool within this new instrument.

"In the commission itself, Russia supported the creation of the first high seas MPA - the Orkney Islands Southern Shelf MPA - in 2009. In 2011 Russia also supported the adoption of a Framework Conservation Measure on Marine Protected Areas, which provides both a legal basis and a set of criteria for the creation of MPAs in the CCAMLR area. Russia's purported legal concerns over the Antarctic, therefore, have no real foundation."

Professor Scott says the next opportunity to revisit the proposed Ross Sea protected area will arise in late October at the annual CCAMLR meeting in Hobart.

As the commission only adopts conservation measures by consensus, New Zealand and other like-minded states will have to make significant diplomatic efforts over the next three months to allay Russia's concerns and to persuade it to support both the Ross Sea and the East Antarctic MPA proposals.

The only option if New Zealand is unsuccessful in these efforts is to persuade Russia to support the Ross Sea protected area measure on the understanding that it can subsequently lodge a formal objection to it.

This procedure is permitted under commission rules and would facilitate the designation of the Ross Sea protected area notwithstanding Russia's objection.  However, other states could also object to the measure in this situation and this would risk the environmental benefit of the MPA being undermined.

"Clearly, persuading Russia to support the proposal without objection is the ideal outcome.  But if that is not possible, New Zealand and other like-minded states will have to decide whether a compromise which permits Russia and other states to support the proposal but lodge an official objection is a better outcome than no protected designation at all," Professor Scott says.