A University of Canterbury scientist is concerned that declining bee numbers could impact on New Zealand's economy. 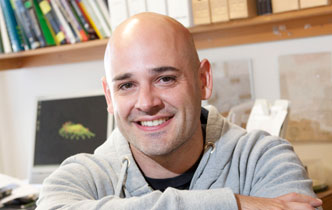 A University of Canterbury scientist is concerned that declining bee numbers could impact on New Zealand’s economy.

"An agricultural economy like ours depends strongly on pollination, and between 60 and 75 percent of all food crops require animal pollination.

"Wild (feral) honey bees have basically all been eliminated by the varroa mite. Beekeepers are still able to keep hives alive by chemically eliminating varroa. But if it involves defence (which insects and mites tend to do when sprays impose a large selection pressure) then managed hives could be threatened. Wild native and exotic bees (apart from honeybees) are in decline worldwide, including New Zealand.

"We need to manage our agriculture in a way that protects native bees and pollinating flies. We need to reduce the use of insecticides and provide some areas of unsprayed, uncultivated habitat with food and nesting sites in agricultural landscapes.’’

Professor Tylianakis said he understood the real value of honey bees working about 430,000 hives was worth $5 billion a year to the New Zealand economy.

For New Zealand beekeepers, Australia is considered a big biosecurity threat largely because of the transport between both countries. But in terms of countries with a similar climate, New Zealand could receive invasive species from a lot of places. Australia has an aggressive bee called the Asian honeybee.

"The Asian honeybee is a very aggressive invader and can no longer be feasibly eradicated there. Although it is named a honeybee, it is aggressive and almost unfarmable.

"Scarily, the first breach into Australia came as a hive in a yacht's mast, and, while it was found, Australia's luck ran out in Cairns in 2007. Now endemic in Queensland, if it came here to New Zealand it would be an environmental catastrophe.

"We recently received the wool carder bee here in New Zealand but this doesn’t form large colonies so it’s not so problematic yet. It remains to be seen what impact it will have on our native bees and plants.

"In contrast the Asian honeybee forms colonies which can move up to 10km from their nest sites. They aggressively protect their nest sites so could compete with bees. They’re also a host of varroa, so they could serve as a vector for the mite. However, they’re a primarily tropical species, so hopefully they wouldn’t do so well here - unless climate change warms us up,’’ Professor Tylianakis said.