Bus bunching phenomenon in larger cities has been known about for a long time but University of Canterbury has been researching the reasons for it. 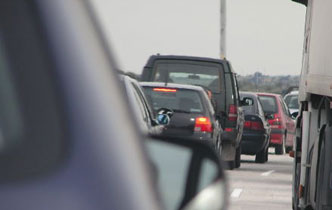 Bus bunching phenomenon in larger cities has been known about for a long time but University of Canterbury has been researching the reasons for it.

One of these is variability in bus travel time between stops, which is caused by buses being delayed by other traffic in congested conditions, UC transport engineering Professor Alan Nicholson says. He and several UC students have been investigating why bus bunching occurs.

"The other is variability in the time spent at stops, as passengers board and alight and as buses wait to rejoin the traffic stream,” Professor Nicholson says.

A recent report for the New Zealand Transport Agency found that studies in the UK have found that these two sources account for around 75 percent of bus service unreliability.

The report says that its authors were unable to find any New Zealand studies into the contribution of the sources of bus bunching.

"Given the finding of the research for the New Zealand Transport Agency, it is likely that our studies are the only ones in New Zealand.

"Our studies involved observations of travel times between stops and times at stops, and using that information to calibrate a simulation model, which can be used to predict when and where bunches form.

"Another study in Christchurch has found that two factors, bus service punctuality and the ease of access to a bus service, are significantly more important to bus service users than the bus service fare and level of comfort.

"The variability in travel times between stops can be reduced by giving priority to buses, such as bus lanes along links and increasing the green times for buses approaching signalised intersections.

"The research results indicate that giving priority to buses and improving bus design and fare collections methods are of similar high importance if bus bunching is to be reduced,’’ Professor Nicholson says.