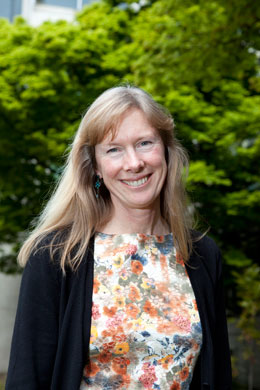 New Zealanders have lost the ability to drink untreated water throughout most of the country, but Christchurch residents have the chance to drink almost pure water if the city conserves high quality groundwater for drinking purposes, a University of Canterbury water expert says.

Christchurch is fortunate enough to have unusually high quality groundwater beneath the city and only the shallowest levels of which are vulnerable to pollution from the surface, Professor Jenny Webster-Brown says.

"As the earthquakes demonstrated, this cannot be taken for granted and without effective protection of the groundwater and its reticulation system treatment of the drinking water supply will be required in the future."

Professor Webster-Brown will give a public lecture on campus next week (19 June). See details here: http://www.canterbury.ac.nz/wiw/

New Zealand has the advantage of a high rainfall and sufficient volumes of water in surface and groundwater systems to supply the nation’s drinking water needs.

"However, the quality of river and stream water is rarely high enough for drinking purposes, even in relatively untouched alpine catchments. Without treatment or with insufficient treatment, micro-organisms such as E Coli, giardia, salmonella and cryptosporidium in the water will cause illness.

"The Environmental Science and Research reports that between 18,000 and 34,000 cases of gastroenteritis a year in New Zealand are attributable to water.

"Without treatment, many New Zealanders would also be drinking water with high levels of arsenic. In the Waikato region, for example, geothermal fluids increase the arsenic content of local streams and rivers, while local groundwaters with high arsenic concentrations are being increasingly identified throughout New Zealand.

"We also have high nitrate concentrations in groundwaters on the Canterbury plains. Ingestion of nitrate can lead to a related toxic chemical being formed in the stomach, which causes a circulation condition known as Blue Baby Syndrome.

"The more contaminated a water is, the more difficult and expensive it will be to treat. This is a valid argument for maintaining the highest quality possible in raw waters to be used for drinking water supplies. It is also an argument for separating drinking water supplies from other domestic water needs such as laundry, toilets and garden irrigation which do not need high quality water.

"Globally, drinking water is in short supply. The United Nations predicts dire shortages in clean, disease-free drinking water for over 60 per cent of the world's people within the next 15 years and anticipates that conflict over water will be the most likely cause of the next world war," Professor Webster-Brown says.