A University of Canterbury researcher is investigating how Canterbury couples' relationship satisfaction was impacted by the 2010 and 2011 earthquakes. 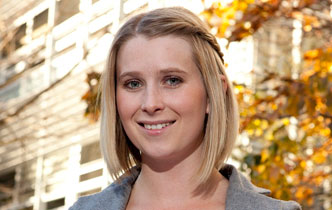 A University of Canterbury researcher is investigating how Canterbury couples’ relationship satisfaction was impacted by the 2010 and 2011 earthquakes.

Researchers have considered the psychological impact of traumatic events on individuals but little is known about how couples are impacted.

UC PhD student and Fulbright scholar Emma Marshall says that experiencing a traumatic event such as earthquakes is likely to have a significant impact on a couple’s relationship.

"Not only do individuals have to manage their own anxieties following a stressful event they are mindful of, and impacted by, their partner's reaction.

"So we needed to consider both people in a relationship to get the entire picture of the impact of what happened. Our study followed a sample of 100 couples that were living together in Canterbury before September 2010 over a period of 18 months.

"No doubt some couples experienced increased conflict and marital distress while others found their relationship grew stronger.

"The aim of my study is to determine what these successful couples did to maintain relationship quality. I have also taken into account factors such as, well-being, trauma severity and partner interactions such as support exchanged between partners and their communication levels,’’ Marshall says.

Experiencing a trauma can result in a greater appreciation for life, greater compassion and people can experience a phenomenon referred to as post-traumatic growth. Experiencing such an outcome may lead to more positive interactions between partners, which may in turn lead to enhanced relationship satisfaction.

If a couple has a close relationship, they are more likely to provide each other with sensitive and responsive care, helping each other through the stress,’’ Marshall says.

"We also know some people will have experienced more personal loss such as loss of a house, job or a loved one, compared to others, which we also think will predict relationship satisfaction following the earthquakes.

"I am currently analysing the results, so we are some way off yet with any initial findings. However, we expect to understand relationship satisfaction that people experience post-quake.

"The goal is to identify the factors that predict relationship satisfaction after a major event and the findings of this study can be used to help couples in future maintain supporting and loving relationships during stressful and challenging times,’’ Marshall says. The research is supervised by Dr Roeline Kuijer.