The standard commercial lease used in NZ does not contain provisions governing many of the situations that landlords, tenants have dealt with post-quake says a UC researcher. 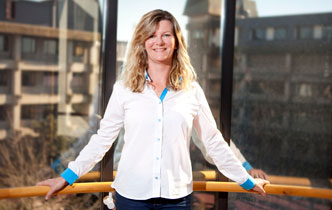 The standard commercial lease used in New Zealand and commonly used in Christchurch before the earthquakes, did not contain provisions governing many of the situations that landlords and tenants have had to deal with, a University of Canterbury researcher says.

UC PhD student Toni Collins (Law) is investigating whether reform of the law is required in order to clarify, and increase the effectiveness of the law applicable to commercial leases in circumstances where a building cannot be used after a major event.

"In a disaster, effective law is essential for providing certainty amid chaos. Landlords and tenants need to be clear about their legal rights in relation to their leases so that their focus, in times of disaster, can be on their businesses rather than legal disputes.

"Many commercial landlords and tenants have been prevented from using the buildings they lease following the earthquakes. There are many reasons for this. The building could be damaged, has lost essential services, is behind the red zone cordon, is at risk from unsafe neighbouring buildings or requires repairs or strengthening.

"Where there is no provision in the lease, the parties' legal rights must be governed by the general law. The problem is the general law is unclear.’’

Collins says, at first sight, it would appear that the lease could be a frustrated contract and the common law doctrine of frustration may apply together with the Frustrated Contracts Act 1944.

However, this area of the law is unclear. At present there is no definitive test for determining whether a contract has been frustrated and therefore, whether the doctrine of frustration even applies to leases in Christchurch.

Collins’ research, supervised by professors Jeremy Finn and Elizabeth Toomey, is looking at how effective the current law has been for parties to commercial leases following the earthquakes.

"I want to know how those people who did not make provision in their leases for this kind of disaster dealt with their earthquake-related lease issues. Was the law clear? Did they know what their legal rights were? Did the law provide effective remedies for them?

"For the other parties who made provision in their leases I want to know what provision was made and how it worked for them - for example, did they use a force majeure clause?

"My research will also look at the law on when a building is untenantable, how it operates in the circumstances caused by an earthquake and whether that law has been effective.

"Anecdotal evidence suggests that the law governing commercial leases has not been effective in the circumstances arising as a result of the earthquakes. My research will look at the reasons for this and whether it is possible to provide both a better body of general law and a best practice model for the future.

"I am currently finalising questionnaires for commercial landlords and tenants and am asking for volunteers to participate in my research. I can be contacted at toni.collins@pg.canterbury.ac.nz."