Possibility of extended residence in UK for Kiwis 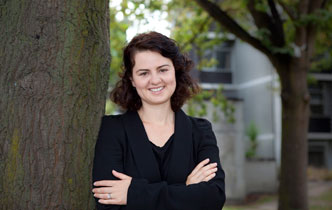 The 20th century saw a gradual parting of ways between New Zealand and the United Kingdom in defence, trade and, more recently, migration.

UC researcher Dr Rosemary Baird says unless New Zealanders have an ancestry passport or a European spouse it is increasingly difficult to stay in the UK for any longer than the two years the tourist visa allows.

"Although some Kiwis do make the transition from visitor to permanent resident many Kiwis work to travel – determined to milk the last ounce of European adventure out of their two years sojourn.

"As a result their focus is usually on personal experiences rather than on becoming part of English society. If longer stays become more accessible, Kiwis might be inclined to migrate in a more intentional and long term manner. Perhaps Mayor Johnson’s proposal anticipates that longer term stays could encourage Kiwis to contribute to London communities at a grass roots community level.

"No doubt easier access would see numbers of migrants to the UK increase. Britain still holds a cultural and historical cachet for Kiwis which even Australia cannot match.

"The massive numbers of Kiwis who yearly attend Anzac Day Services at Gallipoli reveal that our national identity is still in some ways predicated on British wars and European history.

"The likelihood of such a move is moot though. As Prime Minister John Key points out the United Kingdom is already under migratory pressure from many other nations with free access. And from New Zealand’s perspective easier migration to the UK might be a double-edged sword. It was only in 2008 that National played on brain drain fears to help win the election,’’ Dr Baird says