A judicial review of the future of Christchurch's Phillipstown Primary School is still a possibility but it depends on a final decision to be made at the end of the month. 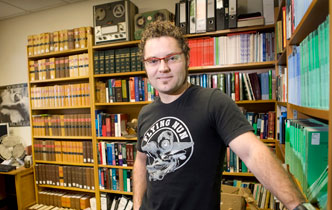 A judicial review of the future of Christchurch’s Phillipstown Primary School is still a possibility but it depends on a final decision to be made at the end of the month, says the Dean of University of Canterbury’s School of Law, Associate Professor Chris Gallavin.

The interim decision released in February proposed that Phillipstown be merged with Woolston Primary School on the Woolston site in 2014. This was a material change from the proposal the school was consulted on which involved a merger with Linwood on the Linwood site in 2018.

Wrap around services provided to the community by Phillipstown School means it is integral to the survival of the Phillipstown community’ Professor Gallavin says.

"Judicial review of the Minister’s decision is still a very real possibility but we must wait until the end of May for the final decision for Phillipstown and the other schools earmarked for closure or amalgamation,’’ Professor Gallavin says.

"The school put together a fine submission last month in which the views of the Phillipstown community were made very clear. It will be a disaster for the community for the Minister’s interim decision not to be reversed.

"The process has taken close to eight months since the September announcement of closures and a Canterbury wide review of schools. It has been incredibly stressful on everyone including the children of the affected schools in particular.Judicial review is effectively a judicial audit of a decision and could result in the reset button being pushed on the entire process.

"The school has a particularly strong case for staying open including high student achievement. It is committed, in good faith, to the process laid down by the Ministry. I have never met a person so committed to his students and wider community as the school principal, Tony Simpson.

"He has come under significant pressure and no matter the final decision I believe that Phillipstown and the wider Christchurch community owe him a debt of gratitude,’’ Professor Gallavin says.

Deficiencies in the process have been so controversial that the Ombudsman’s office has made the rare move of instigating a review of the process in closing Canterbury schools.

The School of Law has been increasingly approached by community groups and those in need of legal advice around Christchurch, Professor Gallavin says.

"We have no direct link with Phillipstown. We are passionately committed to making a difference in our community and being relevant to the region we serve. It is a reflection of the new Christchurch and the redefining of community in our new existence.’’