New Zealand's reputation as a clean, green beautiful country is in danger of being exposed as fraudulent, a University of Canterbury law lecturer says. 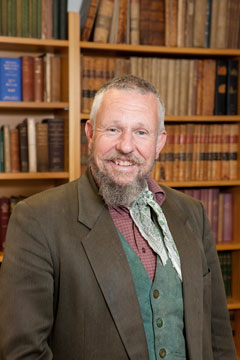 New Zealand’s reputation as a clean green beautiful country is in danger of being exposed as fraudulent, a University of Canterbury (UC) lecturer says.

New Zealanders are better at saving wild nature than they are at sustainable management and living in environmentally responsible ways, says UC law lecturer David Round.

Round will give a public lecture at UC next Wednesday (29 May) on taking sustainability more seriously. For details go to http://www.canterbury.ac.nz/wiw/

"I would like to argue that New Zealand still has a rare opportunity to be sustainable and indeed just be able to survive in a world heading for general calamity. But we have to start thinking very seriously about how we should live. We must not be spellbound by the rhetoric of left or right, environmentalists or developers. We need to ask some hard questions and answer them seriously.

"The Resource Management Act was certainly a step up from the previous legislation. But it has been diluted and amended by all governments in the intervening years.

"That may have been inevitable for various reasons, such as the discovery of unexpected legal issues within the act and the completely unexpected horrendous bureaucracy, delays and expenses that have given it such a bad name.

"The RMA was written in a different era, when the growing poverty and desperation of the present just did not exist. Just a generation ago, resources still seemed to be abundant and we could still believe that prosperity and environmental soundness were perfectly compatible.

"We are now rather more hard-pressed. The fundamental problem is that our environmental law is all shaped as controls and limitations on human action and human freedom and human property. It goes against the grain of our social and economic organisation and is fated to struggle. We are in a progress trap," Round says.

A sustainable society should have certain features such as decentralisation, subsidiarity, closeness to land, a certain population size and agreement on certain values.

The purpose of sustainable management in the RMA is actually a gigantic platitude, which everyone can agree with because it is fundamentally meaningless, he says.

"It is a motherhood and apple pie list of all good things, both social and environmental. It has been argued that this is a fundamental flaw with the whole concept of sustainability.

"Our understanding of sustainability has the danger that it casts us as the managers in charge of the world, responsible for ensuring that it can carry on. New Zealand’s 100 per cent Pure reputation is only possible because we are a comparatively recently-undiscovered country with a comparatively small population, but we are going down a well-worn path," Round says.