Māori business corporations in for the long haul 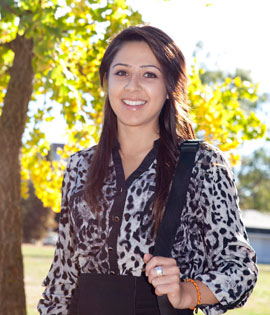 Indigenous post-settlement entities in New Zealand have taken the form of a western corporation as a consequence of historically conditional economic and legal ideology in New Zealand, a UC postgraduate student says.

PhD student Jess Templeton says although this type of formation qualifies each tribe to participate in the present-day national economy, its value-add and ability to realise indigenous cultural principles and customs may be questioned.

Templeton, who is studying through the Ngāi Tahu Research Centre, will deliver a paper on organisational architecture and indigenous economies at the UC Māori postgraduate symposium on campus on 22 and 23 August.

"Post-settlement entities in New Zealand are unique, in that they have a responsibility to use or invest treaty settlements in a way that supports a number of marae, hapu or whanau in various ways, whether socially, culturally, environmentally or financially.

"Unlike shareholders of western inspired corporations, beneficiaries of post-settlement entities are in for the long haul. They cannot simply sell-out when they have had enough.

"In its simplest form, the entity may be viewed as a system with input, throughput, output and an environment. This may involve internal processes, employees, beneficiaries and trustees required to provide scholarships, grants, education, employment opportunity, business and community support to interact with businesses and communities, within the Māori economy, and the national economy for that matter.

"Modern Māori corporations have different goals, cultural influences, time frames and measures of success to that of the dominating neoliberal capitalist paradigm.

"As part of my PhD studies at the Ngāi Tahu Research Centre I will map and evaluate existing tribal systems to identify future innovative pathways, for the purpose of developing a dynamic indigenous socio-economic system that allows success to be had and measured in ways meaningful to Māori."

Templeton recently moved back to UC and Christchurch after working with New Zealand's leading oil and gas company in New Plymouth.