More than 1100 students graduating from UC

More than 1100 students will graduate from the University of Canterbury (UC) in Christchurch this week, including 70 PhD students who will received their doctorates. 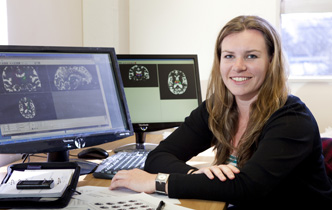 More than 1100 students will graduate from the University of Canterbury (UC) in Christchurch this week, including 70 PhD students who will received their doctorates.

The ceremonies will be held tomorrow (Wednesday) and Friday with 1163 graduands receiving their degrees, diplomas and certificates in person and a further 300 will graduate in absentia.

Seventy-eight students from UC’s College of Education graduated at a ceremony in Rotorua last week.

Among the PhD students graduating will be Nadia Borlase who was part of a UC brain research project team believed to be the first in the world using advanced technique to identify declining Parkinson’s disease.

Borlase worked with the New Zealand Brain Research Institute and Canterbury Medical Research Foundation in creating a medical breakthrough for people with neuro-degenerative conditions such as Parkinson's disease.

Another UC PhD student will graduate this week after discovering that mussels are an effective marine organism to monitor coastal metal pollution in New Zealand.

Green-lipped mussels are ecologically, culturally and economically important, but are also among the most sensitive coastal organisms that have been tested, at least in terms of their response to the toxic metal, cadmium, UC researcher Rathishri Chandurvelan says.

"Cadmium can be found at high levels in New Zealand waters, usually a consequence of natural geological enrichment, but also as a function of industrial or agricultural contamination.’’

The data Chandurvelan collected showed that the New Zealand green-lipped mussels were sensitive enough to respond to the presence of metals in the environment, but strong enough to tolerate exposure to such toxic metals.

Another UC doctoral student to graduate this week will be Johnny Wardman, who found future volcanic eruptions could pose threats to New Zealand’s power supply.

Wardman says the 1995 Ruapehu volcanic eruption severely disrupted power and a similar eruption could pose a problem again in the future. His research looked at the effects of volcanic ash on electric power systems. Several problems arise from volcanic ash contamination on power equipment but the most common problem is insulator flashover.

"Flashover is the unintended discharge around or across the surface of an insulator. It can be thought of as a large short-circuit. If the resulting short circuit current is high enough to trip the circuit breaker, disruption of service will occur.

"An example of this happening was in 1995 when Ruapehu erupted, raining ash on some 220 kV power lines which lie close to the volcano. This caused voltage fluctuations and problems for electrical equipment throughout the North Island.’’

UC’s College of Education lecturer Stuart Wise will graduate with a PhD this week after studying New Zealand music education, which he says needs to embrace a greater level of interest and participation for all students, especially Maori and Pasifika.

Wise says the current NCEA requirements need to be less dominated by Western art music practices and more accepting of a range of contemporary music approaches and practices.

"A singer like Lorde represents a possible future of music education in New Zealand. Instead of being constrained by practices and processes associated with the Western art music tradition as contained within NCEA, she has been encouraged to explore her creative potential with the result she is now top of the charts in the US and has the opportunity to conquer the world.’’